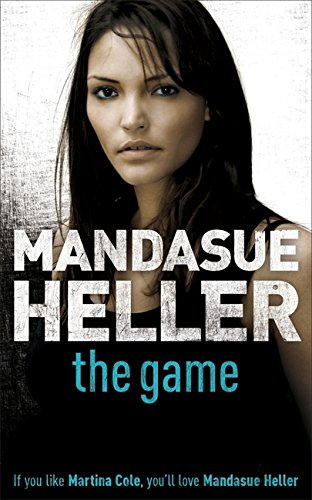 The Game
by Mandasue Heller

In Stock
£5.99
A gritty tale of hard time, hard men and hard drugs for fans of Martina Cole.
Very Good Good
15 in stock

The Game: A hard-hitting thriller that will have you hooked by Mandasue Heller

'One of the bad girls of gritty crime' Daily Mirror

When Mary's mother throws her out, the sassy teenager soon learns how tough life can be. Her new friend Lynne is older, more sophisticated. She has a taste for cocaine and isn't above walking the streets for extra cash to pay for it.

Mary sticks to a straighter path, until the night Lynne brings Ali and Raiz back to their flat. The women don't know that their sexy new friends are small-time criminals, desperate for alibis for a drug-dealer's murder.

All too soon, Mary is in more trouble than she can handle. Can her old friend Jane's risky scheme save Mary? Or has her fate been sealed by falling for the wrong man?

Mandasue was born in Cheshire and moved to Manchester in 1982. She spent ten years living in the notorious Hulme Crescents which have since become the background to her novels.
Not only is she a talented writer, but she has also sung in cabaret and rock groups, seventies soul cover bands and blues jam bands.

GOR000298448
The Game: A hard-hitting thriller that will have you hooked by Mandasue Heller
Mandasue Heller
Used - Very Good
Paperback
Hodder & Stoughton
2005-07-18
432
0340735074
9780340735077
N/A
Book picture is for illustrative purposes only, actual binding, cover or edition may vary.
This is a used book - there is no escaping the fact it has been read by someone else and it will show signs of wear and previous use. Overall we expect it to be in very good condition, but if you are not entirely satisfied please get in touch with us.