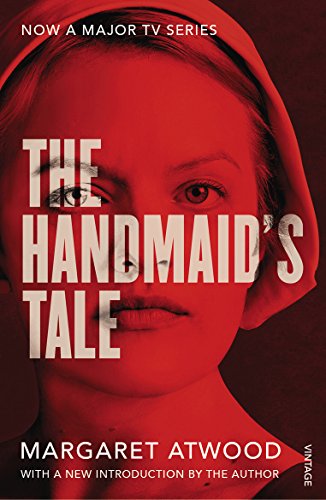 Used Price
£5.19
New RRP £8.99
Free Shipping in the UK
The Republic of Gilead offers Offred only one function: to breed. If she deviates, she will, like dissenters, be hanged at the wall or sent out to die slowly of radiation sickness. But even a repressive state cannot obliterate desire - neither Offred's nor that of the two men on which her future hangs.
Reviews:
Trustpilot
Very Good Well Read

The Handmaid's Tale: the number one Sunday Times bestseller by Margaret Atwood

'I believe in the resistance as I believe there can be no light without shadow; or rather, no shadow unless there is also light.'

'As relevant today as it was when Atwood wrote it...no television event has hit such a nerve ...' Guardian

A fantastic, chilling story. And so powerfully feminist
Compulsively readable * Daily Telegraph *
The mother of all feminist dystopian novels. * Red *
The novel satirises the strain of evangelical puritanism in American culture and the objectification and control of women's bodies. It is more broadly a contemporary myth of despotic power, and how such power deforms those who are subjected to it. * Observer *
One of Atwood's finest pieces of work serves as a great reminder of what humanity is capable of. * Red *

GOR008444300
The Handmaid's Tale: the number one Sunday Times bestseller by Margaret Atwood
Margaret Atwood
Used - Very Good
Paperback
Vintage Publishing
2017-05-22
336
1784873187
9781784873189
N/A
Book picture is for illustrative purposes only, actual binding, cover or edition may vary.
This is a used book - there is no escaping the fact it has been read by someone else and it will show signs of wear and previous use. Overall we expect it to be in very good condition, but if you are not entirely satisfied please get in touch with us.