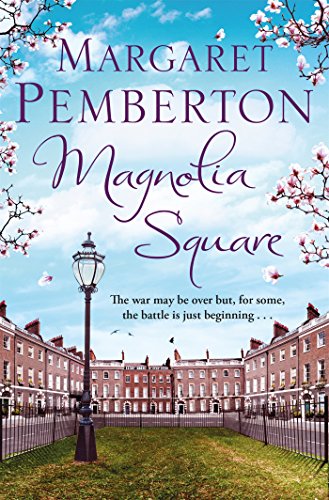 Used Price
£4.19
New RRP £13.99
Free Shipping in the UK
From the author of The Londoners
Reviews:
Trustpilot
Very Good Good

1945: The war was over, and the families who lived in Magnolia Square could look forward to their men coming home and their lives returning to normal.

But for some, the end of the war brought serious problems. Kate Voigt was at last able to marry Leon Emmerson, the man she loved, a Londoner like herself, but of mixed race. When old man Harvey, a powerful and wealthy figure in South London and great-grandfather to Kate's small son, heard of the match he was determined that young Matthew should not be raised by Leon. Slowly, insidiously, he began the fight to wrest Kate's son away from her.

And for Jewish refugee Christina, who had married Jack Robson, a commando and the handsomest man in the Square, the end of the war brought its own special torment. She was convinced that her mother and grandmother had somehow escaped the holocaust and were alive. It seemed that her determination to find them could put everything, even her marriage, at risk.

As Magnolia Square, scarred and battered, but still surviving, prepared to enjoy the 'Peace', so the inhabitants of the Square begin to try and rebuild their lives.

Margaret Pemberton is the bestselling author of over thirty novels in many different genres, some of which are contemporary in setting and some historical.

She has served as Chairman of the Romantic Novelists' Association and has three times served as a committee member of the Crime Writers' Association. Born in Bradford, she is married to a Londoner, has five children and two dogs and lives in Whitstable, Kent. Apart from writing, her passions are tango, travel, English history and the English countryside.

GOR006550314
Magnolia Square by Margaret Pemberton
Margaret Pemberton
The Londoners Trilogy
Used - Very Good
Paperback
Pan Macmillan
2015-01-01
384
1447262336
9781447262336
N/A
Book picture is for illustrative purposes only, actual binding, cover or edition may vary.
The book has been read but remains in clean condition. All pages are intact and the cover is intact. Some minor wear to the spine.