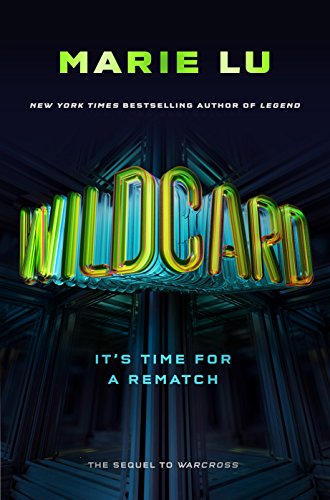 Return to the immersive, action-packed world of Warcross in this thrilling sequel from #1 New York Times bestselling author Marie Lu

IT'S TIME FOR A REMATCH

All bets are off. This time the gamble is survival.

His plan: to wipe out all crime on Earth by ending the free will of its citizens.

Emika is determined to put a stop to him, but she soon finds a new threat lurking on the neon-lit streets of Tokyo. Someone's put a bounty on her head, and her sole chance for survival lies with the ruthless Zero.

But his protection comes at a price.

Caught in a web of betrayal, just how far will Emika go to take down the man she loves?

In this explosive sequel to the New York Times bestselling Warcross, Marie Lu delivers an addictive finale that will hold you captive till the very last page.

Marie Lu is the author of the New York Times bestselling Legend series. She graduated from the University of Southern California and jumped into the video game industry, working for Disney Interactive Studios as a Flash artist. Now a full-time writer, she spends her spare time reading, drawing, playing Assassin's Creed, and getting stuck in traffic. She lives in Los Angeles, California (see above: traffic), with one husband, one Chihuahua mix, and two Pembroke Welsh corgis. @Marie_Lu, www.marielu.org

GOR009257362
Wildcard (Warcross 2) by Marie Lu
Marie Lu
Warcross
Used - Very Good
Hardback
Penguin Random House Children's UK
2018-09-20
352
0241342422
9780241342428
N/A
Book picture is for illustrative purposes only, actual binding, cover or edition may vary.
This is a used book - there is no escaping the fact it has been read by someone else and it will show signs of wear and previous use. Overall we expect it to be in very good condition, but if you are not entirely satisfied please get in touch with us.