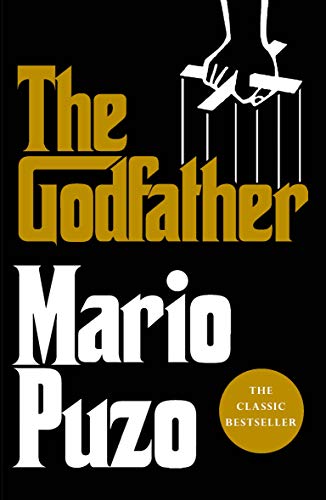 The Godfather
by Mario Puzo

In Stock
£4.99
Sonny Corleone is an old hand, while World War II veteran Michael Corleone is unused to the world of crime and reluctant to plunge into the business.

Both the police and ruthless rival crime lords scent blood in the water.

The Godfather: The classic bestseller that inspired the legendary film by Mario Puzo

Tyrant, blackmailer, racketeer, murderer - his influence reaches every level of American society. Meet Don Corleone, a friendly man, a just man, a reasonable man. The deadliest lord of the Cosa Nostra. The Godfather.

But no man can stay on top forever, not when he has enemies on both sides of the law. As the ageing Vito Corleone nears the end of a long life of crime, his sons must step up to manage the family business. Sonny Corleone is an old hand, while World War II veteran Michael Corleone is unused to the world of crime and reluctant to plunge into the business.

Both the police and ruthless rival crime lords scent blood in the water. If the Corleone family is to survive, it needs a ruthless new don. But the price of success in a violent life may be too high to bear...
_________________________________
A modern masterpiece,The Godfather is a searing portrayal of the 1940s criminal underworld. Still shocking forty years after it was first published, this compelling tale of blackmail, murder and family values is a true classic.

The narrative bowls along... to keep readers turning pages all the way to an explosive showdown. * Daily Mail *
Here is all the classic material of Mafia mythology... spins a spell all its own * The Times *
The Godfather, one of the most entertaining and absorbing popular novels of the postwar period... Puzo's masterpiece -- Robert McCrum * Observer *
A splendid and distinguished blood saga of the Cosa Nostra, the American Mafia, and of the whirl created by five families of mafiosi at war in New York * Sunday Times *
Puzo's genius was to create a world so thick with personality and acknowledged rules of behaviour, along with its crime and violence, that reading his books becomes a seriously guilty pleasure * New York Post *

Mario Puzo was born in New York. He is the author of the bestselling novel The Godfather and many other acclaimed novels. Puzo also wrote many screenplays, including those for the three Godfather movies, for which he won two academy awards. He died at his home in Long Island, New York, at the age of seventy-eight.

GOR001632460
The Godfather: The classic bestseller that inspired the legendary film by Mario Puzo
Mario Puzo
Used - Very Good
Paperback
Cornerstone
2009-07-02
608
0099528126
9780099528128
N/A
Book picture is for illustrative purposes only, actual binding, cover or edition may vary.
This is a used book - there is no escaping the fact it has been read by someone else and it will show signs of wear and previous use. Overall we expect it to be in very good condition, but if you are not entirely satisfied please get in touch with us.