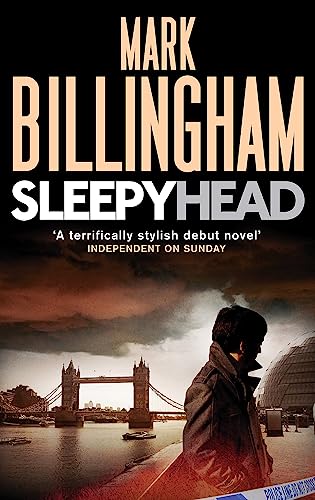 Alison Willetts has survived a stroke, deliberately induced by a skilful manipulation of pressure points on the head and neck. She can see, hear and feel but she is completely unable to move or communicate. In leaving Alison Willetts alive, the police believe the killer's made his first mistake.

Then DI Tom Thorne discovers the horrifying truth: it isn't Alison who is the mistake, it's the three women already dead.

Thorne must find a killer whose agenda is disturbingly unique, and Alison, the one person who holds the key to the killer's identity, is unable to say anything . . .

Read what everyone's saying about the heart-racing Tom Thorne series:

'One of the most consistently entertaining, insightful crime writers working today' Gillian Flynn

'The next superstar detective is already with us. Don't miss him' Lee Child

GOR003905253
Sleepyhead by Mark Billingham
Mark Billingham
Tom Thorne Novels
Used - Very Good
Paperback
Little, Brown Book Group
2012-03-01
400
075154891X
9780751548914
N/A
Book picture is for illustrative purposes only, actual binding, cover or edition may vary.
The book has been read but remains in clean condition. All pages are intact and the cover is intact. Some minor wear to the spine.