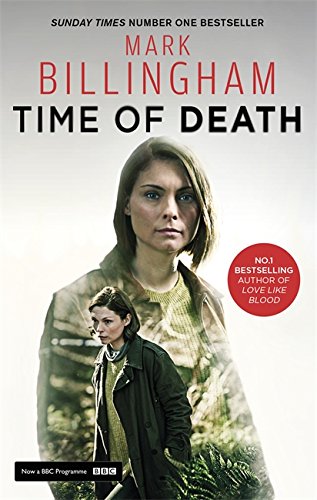 Time of Death
by Mark Billingham

In Stock
£2.99
Now a major BBC Drama as part of the series In the Dark, this is a gripping, brilliantly plotted thriller from No.1 bestselling author Mark Billingham
Very Good
8 in stock

Time of Death: TV Tie In by Mark Billingham

Discover the first of the two masterful hit novels adapted for the massive new BBC One Drama series In The Dark, featuring brilliant heroine Helen Weeks.

Two schoolgirls are abducted in the small, dying Warwickshire town of Polesford, driving a knife into the heart of the community where police officer Helen Weeks grew up. But this is a place full of secrets, where dangerous truths lie buried.

When family man Stephen Bates has been arrested, Helen and her partner Tom Thorne head to the flooded town to support Bates' wife - an old school friend of Helen's - who is living under siege and convinced of her husband's innocence.

As residents and media bay for Bates' blood, a decomposing body is found. The police believe they have their murderer, but one man believes otherwise. With a girl still missing, Helen sets herself on a collision course with local police, townsfolk - and a merciless killer.

The hugely acclaimed latest novel in Mark Billingham's bestselling series, Love Like Blood, is out now.

Ingenious ... what is most impressive about this novel, however, is the astute observation -- Laura Wilson * The Guardian *
The writing displays the virtues that have made Mark Billingham a bestseller: wit, careful plotting, attention to detail and great characterisation... won't disappoint Billingham's legions of fans * The Telegraph *
The plot element on which this gruesome mystery turns is certainly one of the cleverest and most satisfying that I've read for ages. * Morning Star *
What lingers in the memory is the group portrait of the Polesford locals brutally closing ranks against a man they're certain deserves to die. * Kirkus *

GOR008606382
Time of Death: TV Tie In by Mark Billingham
Mark Billingham
Tom Thorne Novels
Used - Very Good
Paperback
Little, Brown Book Group
2017-02-01
544
0751566365
9780751566369
Long-listed for Theakstons Old Peculier Crime Novel of the Year 2016 (UK)
Book picture is for illustrative purposes only, actual binding, cover or edition may vary.
This is a used book - there is no escaping the fact it has been read by someone else and it will show signs of wear and previous use. Overall we expect it to be in very good condition, but if you are not entirely satisfied please get in touch with us.