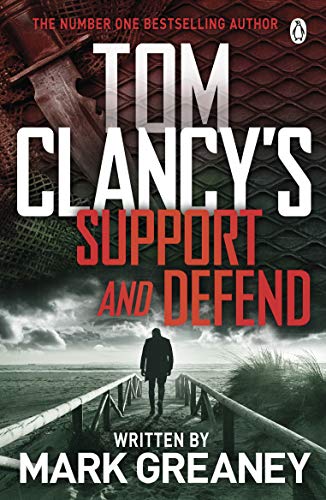 Dominic Caruso. Nephew of President Jack Ryan. FBI agent and operator for The Campus, a top secret intelligence agency that works off the books for the US government. Already scarred by the death of his brother, Caruso is devastated when he can't save a friend and his family from a terrorist attack.

He's the only one who can stop America's secrets from falling into enemy hands . . .

Dominic Caruso, nephew to president Jack Ryan and operative for top secret intelligence agency The Campus, is working in India when a terrorist hit takes out his trainer.

Back in Washington, they discover a mole has been leaking US secrets. Soon he is on the tail of Ethan Ross - a man who thinks he's too smart to ever get caught.

But Ross has many more secrets on a micro-drive and when he decides to run, it's not just Caruso and the FBI on his trail.

The Russians and a few angry terrorist groups will do anything to get to Ross - and the vital information he carries.

So it's up to Caruso to get to Ross first...

Support and Defend is a thrilling adventure you won't be able to put down.

'Exhilarating. No other novelist is giving so full a picture of modern conflict' Sunday Times

Exhilarating. No other novelist is giving so full a picture of modern conflict * Sunday Times *
Mark Greaney is the co-author of three Number One Sunday Times bestellers with Tom Clancy: Locked On, Threat Vector and Command Authority. In his research for these novels, Greaney travelled to seven countries and trained alongside military and law enforcement in the use of firearms, battlefield medicine and close-range combat tactics. He now writes for the Tom Clancy series of novels alongside Grant Blackwood. He lives in Memphis, Tennessee.
GOR006481557
9781405919296
1405919299
Tom Clancy's Support and Defend by Mark Greaney
Mark Greaney
Used - Very Good
Paperback
Penguin Books Ltd
2015-02-26
528
N/A
Book picture is for illustrative purposes only, actual binding, cover or edition may vary.
This is a used book - there is no escaping the fact it has been read by someone else and it will show signs of wear and previous use. Overall we expect it to be in very good condition, but if you are not entirely satisfied please get in touch with us
Trustpilot