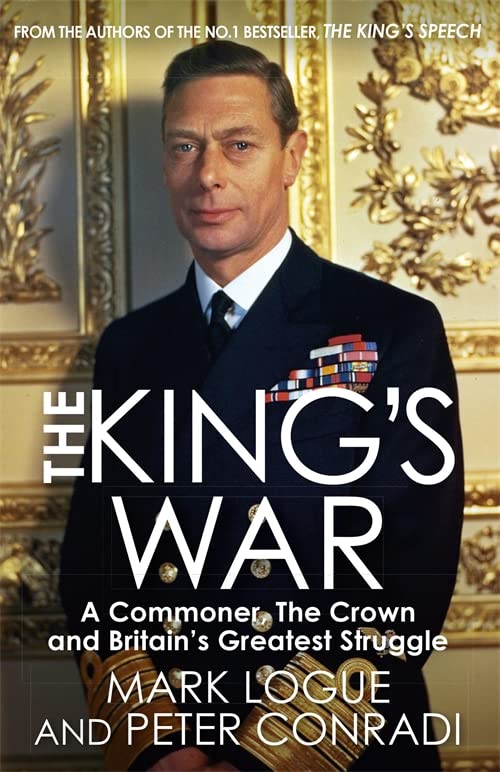 The King's War by Mark Logue

The extraordinary follow-up to the international bestseller The King's Speech

The King's War by Mark Logue

The broadcast that George VI made to the nation on the outbreak of war in September 1939 - which formed the climax of the multi Oscar-winning film The King's Speech - was the product of years of hard work with Lionel Logue, his iconoclastic Australian-born speech therapist. Yet the relationship between the two men did not end there. Far from it: in the years that followed, Logue was to play an even more important role at the monarch's side.

The King's War follows this relationship through the dark days of Dunkirk and the drama of D-Day to eventual victory in 1945 - and beyond. It is written by Peter Conradi, a Sunday Times journalist, and Mark Logue, Lionel's grandson, whose previous book, The King's Speech: How One Man Saved the British Monarchy, was a best-seller in Britain and America and translated into more than 20 languages.

The King's War is a fascinating portrait of two men and their respective families - the Windsors and the Logues - as they together faced up to the greatest challenge in Britain's history.

Mark Logue is the grandson of Lionel Logue. He is a film maker and the custodian of the Logue Archive. He lives in London.

Peter Conradi is an author and journalist. He works for the Sunday Times.

GOR010154687
9781782065999
1782065997
The King's War by Mark Logue
Mark Logue
Used - Very Good
Paperback
Quercus Publishing
2019-10-03
320
N/A
Book picture is for illustrative purposes only, actual binding, cover or edition may vary.
This is a used book - there is no escaping the fact it has been read by someone else and it will show signs of wear and previous use. Overall we expect it to be in very good condition, but if you are not entirely satisfied please get in touch with us
Trustpilot