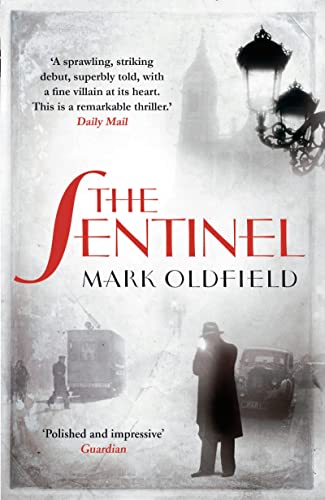 The Sentinel by Mark Oldfield

A brilliantly plotted crime thriller based in the worlds of Franco's Spain and modern day forensic science.

The Sentinel by Mark Oldfield

1936, Badajoz: His unit defeated, his ammunition spent, a boy-soldier flees into the hills pursued by Franco's shock-troops. He will need more than luck to survive the day.

1953, Madrid: Amid snow-bound streets, the head of Franco's secret police discovers the web of lies burying his past is unravelling. Even for a man feared throughout the city, the truth is a death sentence.

2009, Las Penas: Forensic Investigator Ana Maria Galindez unearths a mass grave in a disused mine. Her investigation will disturb forces that have lain dormant for decades.

THE SENTINEL is a spellbinding thriller in a trilogy of rare power and scope that unlocks the dark heart of Spain, weaving past and present together to portray a country still scarred by civil war, still riven by fear and hatred, still plagued by secrets that refuse to die.

'Superbly told, and with a fine villain at its heart, this is a remarkable first thriller that bodes exceptionally well for Oldfield's future' * The Daily Mail *
'An extremely compelling read ... Oldfield builds and maintains tensions like a pro, and is one to watch' ' * It's a Crime *
'Polished and impressive ... [for] fans of Kate Mosse' * Guardian *
'A remarkably accomplished and interesting debut' * Literary Review *
Mark Oldfield was born in Sheffield, but now lives in Kent. He holds a PhD in criminology.
GOR004799315
9781908800671
1908800674
The Sentinel by Mark Oldfield
Mark Oldfield
Used - Very Good
Paperback
Head of Zeus
2013-04-01
592
Short-listed for CWA Ian Fleming Steel Dagger 2013
Book picture is for illustrative purposes only, actual binding, cover or edition may vary.
This is a used book - there is no escaping the fact it has been read by someone else and it will show signs of wear and previous use. Overall we expect it to be in very good condition, but if you are not entirely satisfied please get in touch with us
Trustpilot