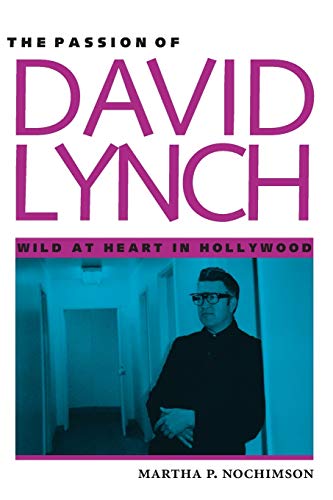 The Passion of David Lynch
by Martha P. Nochimson

In Stock
£7.99
Presents an analysis of David Lynch's films. This book shows how he subverts traditional Hollywood gender roles to offer an optimistic view that love and human connection are really possible. It includes analysis of such films as "Twin Peaks: Fire Walk with Me", "Wild at Heart", "Twin Peaks", "Blue Velvet", "Dune", and "The Elephant Man".
Very Good
Only 1 left

The Passion of David Lynch Summary

The Passion of David Lynch: Wild at Heart in Hollywood by Martha P. Nochimson

Filmmaker David Lynch asserts that when he is directing, ninety percent of the time he doesn't know what he is doing. To understand Lynch's films, Martha Nochimson believes, requires a similar method of being open to the subconscious, of resisting the logical reductiveness of language. In this innovative book, she draws on these strategies to offer close readings of Lynch's films, informed by unprecedented, in-depth interviews with Lynch himself.

Nochimson begins with a look at Lynch's visual influences-Jackson Pollock, Francis Bacon, and Edward Hopper-and his links to Alfred Hitchcock and Orson Welles, then moves into the heart of her study, in-depth analyses of Lynch's films and television productions. These include Twin Peaks: Fire Walk with Me, Wild at Heart, Twin Peaks, Blue Velvet, Dune, The Elephant Man, Eraserhead, The Grandmother, The Alphabet, and Lynch's most recent, Lost Highway.

Nochimson's interpretations explode previous misconceptions of Lynch as a deviant filmmaker and misogynist. Instead, she shows how he subverts traditional Hollywood gender roles to offer an optimistic view that love and human connection are really possible.

The Passion of David Lynch Reviews

"This is the best book on David Lynch that has yet been published. Nochimson's book is essential reading for anyone interested in contemporary cinema." -Brian Henderson, Professor, State University of New York at Buffalo

Martha P. Nochimson is the author of eight previous books about film and television, including David Lynch Swerves: Uncertainty from Lost Highway to Inland Empire, World on Film, and Dying to Belong: Gangster Movies in Hollywood and Hong Kong. She is currently teaching a course on Lynch's oeuvre at the David Lynch Graduate School of Cinematic Arts.

GOR004680101
The Passion of David Lynch: Wild at Heart in Hollywood by Martha P. Nochimson
Martha P. Nochimson
Used - Very Good
Paperback
University of Texas Press
1996-11-30
288
0292755651
9780292755659
N/A
Book picture is for illustrative purposes only, actual binding, cover or edition may vary.
This is a used book - there is no escaping the fact it has been read by someone else and it will show signs of wear and previous use. Overall we expect it to be in very good condition, but if you are not entirely satisfied please get in touch with us.