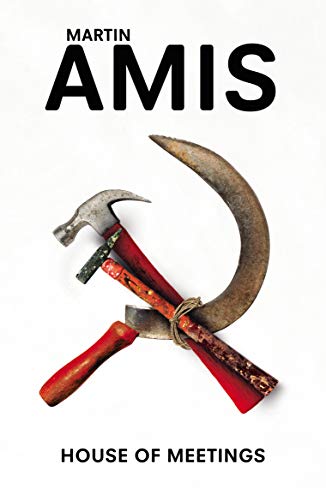 House of Meetings
by Martin Amis

In Stock
£3.99
Valiant women would travel continental distances, over weeks and months, in the hope of spending a night, with their particular enemy of the people, in the House of Meetings.
Very Good Good
Only 4 left

House of Meetings by Martin Amis

There were conjugal visits in the slave camps of the USSR. Valiant women would travel continental distances, over weeks and months, in the hope of spending a night, with their particular enemy of the people, in the House of Meetings. The consequences of these liaisons were almost invariably tragic. House of Meetings is about one such liaison. It is a triangular romance: two brothers fall in love with the same girl, a nineteen-year-old Jewess, in Moscow, which is poised for pogrom in the gap between the war and the death of Stalin. Both brothers are arrested, and their rivalry slowly complicates itself over a decade in the slave camp above the Arctic Circle.

"This novella is the best thing Martin Amis has done in fiction for years: very complex, very forceful, startling in the amount of ground it covers, and densely and intelligently put together" -- Sam Leith * Literary Review *
"An ambitious feat...the result is brilliant" -- Catherine Merridale * Independent *
"It is difficult not to be impressed by this compact tour de force... Amis has produced a memorable novel and a memorable protagonist" -- Toby Lichtig * Observer *
"A singular, unimpeachable triumph" * The Economist *
"Unmistakably Amis's best novel since London Fields...a slender, moving novel, streaked with dark comedy" -- Robert MacFarlane * Sunday Times *

GOR000667410
House of Meetings by Martin Amis
Martin Amis
Used - Very Good
Paperback
Vintage Publishing
2007-10-04
208
009948868X
9780099488682
N/A
Book picture is for illustrative purposes only, actual binding, cover or edition may vary.
This is a used book - there is no escaping the fact it has been read by someone else and it will show signs of wear and previous use. Overall we expect it to be in very good condition, but if you are not entirely satisfied please get in touch with us.