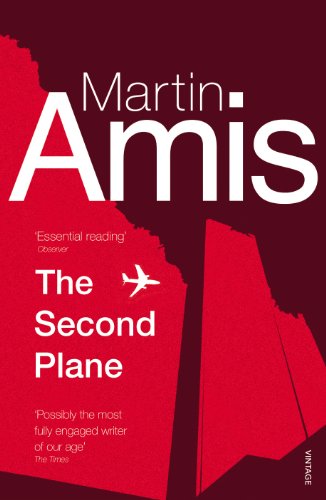 The Second Plane
by Martin Amis

In Stock
£2.99
A collection of short stories of the author including "In the Place of the End" and "The Last Days of Muhammad Atta", and essays and reviews.
Very Good Well Read
7 in stock

Martin Amis first wrote about September 11 a week later in a piece for The Guardian beginning, 'It was the advent of the second plane, sharking in low over the Statue of Liberty: that was the defining moment.' He has kept returning to September 11, in essays and reviews, and in two remarkable short stories, 'In the Palace of the End' and 'The Last Days of Muhammad Atta'. All are collected here, together with an expanded account of his travels with Tony Blair in 2007 - to Belfast, to Washington, and to Baghdad and Basra. 'We are arriving at an axiom in long-term thinking about international terrorism,' he writes: 'the real danger lies, not in what it inflicts, but in what it provokes. Thus by far the gravest consequence of September 11, to date, is Iraq... Meanwhile, September 11 continues, it goes on, with all its mystery, its instability, and its terrible dynamism.'

"Essential reading" * Observer *
"Possibly the most fully engaged writer of our age" -- David Aaronovitch * The Times *
"Trenchant, deeply informed and informative...an important volume" * Independent on Sunday *
"A stylist with the trick of defamiliarising the familiar, he is also a keen student of the public realm...we should prize him - for his engagement as well as his gifts" * Guardian *
"Entertaining, witty, thoughtful and sometimes discomforting" * Independent *