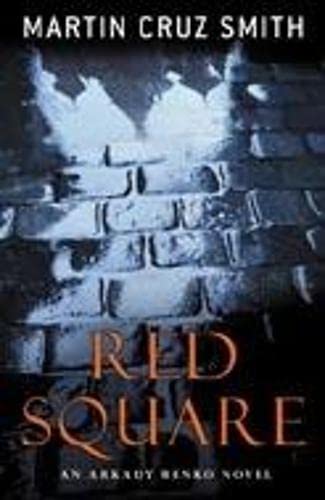 Sometimes Arkady had the feeling that while he had been away God had lifted Moscow and turned it upside down . . .

The night outside was still white. Arkady wasn't sleepy or hungry. He felt like the perfect new Soviet man, designed for a land with no food or drink. He got up and left the office. Enough.

It began with the unmourned death of Rosen, one of Moscow's new breed of black marketeers; seemingly a clear-cut case of murder.

Although Renko has been recently reinstated at the Moscow Prosecutor's office, the case begins to slip from his grasp. But his determination never to let go leads him to Munich and Berlin - back into the life of Irina, a woman he though he had lost forever . . .

`Wonderfully entertaining . . . Red Square is streets ahead of most thrillers that claim to deal with the real world' Independent

`The best thriller to appear in several years . . . extraordinary' Time

`Dense with observation and atmosphere . . . Smith's best book yet' Cosmopolitan

Martin Cruz Smith is the bestselling author of the Arkady Renko thrillers Gorky Park, Polar Star, Red Square, Havana Bay and Wolves Eat Dogs, as well as a number of other novels. He lives in California with his wife and three children.

GOR001180351
Red Square by Martin Cruz Smith
Martin Cruz Smith
Used - Very Good
Paperback
Pan Macmillan
2007-06-01
592
0330449265
9780330449267
N/A
Book picture is for illustrative purposes only, actual binding, cover or edition may vary.
This is a used book - there is no escaping the fact it has been read by someone else and it will show signs of wear and previous use. Overall we expect it to be in very good condition, but if you are not entirely satisfied please get in touch with us.