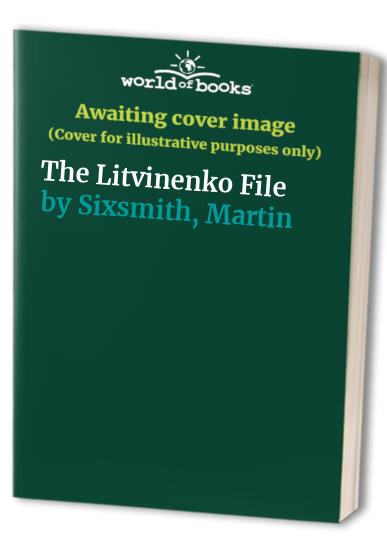 The Litvinenko File by Martin Sixsmith

The True Story of a Death Foretold

The Litvinenko File by Martin Sixsmith

On December 7th 2006, in a Highgate Cemetery drenched with London rain, a Russian was buried within a stone's throw of the grave of Karl Marx. He was Alexander Litvinenko, Sasha to his friends, a boy from the deep Russian provinces who rose through the ranks of the world's most feared security service. Litvinenko was the man who denounced murder and corruption in the Russian government, fled from the wrath of the Kremlin, came to London and took the shilling of Moscow's avowed enemy ... Now he was a martyr, condemned by foes unknown to an agonised death in a hospital bed thousands of miles from home.

Martin Sixsmith draws on his long experience as the BBC's Moscow correspondent, and contact with the key London-based Russians, to dissect Alexander Litvinenko's murder. Myriad theories have been put forward since he died, but the story goes back to 2000 when hostilities were declared between the Kremlin and its political opponents. This is a war that has blown hot and cold for over six years; a war that has pitted some of Russia's strongest, richest men against the most powerful president Russia has had since Josef Stalin.

The Litvinenko File is a gripping, powerful inside account of a shocking act of murder, when Russia's war with itself spilled over onto the streets of London and made the world take notice.

MARTIN SIXSMITH was born in Cheshire and educated at Oxford, Harvard and the Sorbonne. From 1980 to 1997 he worked for the BBC as the Corporation's correspondent in Moscow, Washington, Brussels and Warsaw. From 1997 to 2002 he worked for the Government as Director of Communications and Press Secretary first to Harriet Harman, then to Alistair Darling and finally to Stephen Byers. He is now a writer, presenter and journalist. He is the author of two novels, Spin and I Heard Lenin Laugh, and several works of non-fiction, including Philomena, first published in 2009 as The Lost Child of Philomena Lee, which is the basis for Stephen Frears' acclaimed film, Philomena, starring Steve Coogan (playing the author) and Judi Dench. He lives in London.
GOR003259159
9780230532359
0230532357
The Litvinenko File by Martin Sixsmith
Martin Sixsmith
Used - Good
Paperback
Pan Macmillan
2007-04-06
320
N/A
Book picture is for illustrative purposes only, actual binding, cover or edition may vary.
This is a used book - there is no escaping the fact it has been read by someone else and it will show signs of wear and previous use. Overall we expect it to be in very good condition, but if you are not entirely satisfied please get in touch with us
Trustpilot