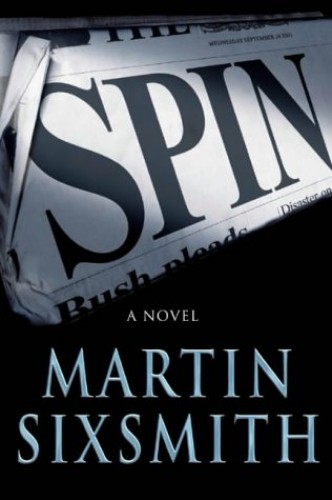 A stiletto-sharp, hilarious satire that exposes just how the corridors of power are really at work.

It's the year 2011. The New Project Party is on a moral revival campaign and Selwyn Knox, the recently appointed minister for the Department for Society, is at its helm. Sonya Mair, his political adviser, is helping him call the shots - as well as helping him with some more personal matters . . . Together they've selected the team. Very carefully. In fact, they've got dossiers on every last member . . .

Sir Robert Nottridge, Permanent Secretary: Eton, Cambridge, married, no children - or so his wife thinks. Christopher Brody, director of policy: a helpless gambler with debts up to his eyeballs and two mortgages. Nigel Tonbridge, director of strategy and communications: ex-journo and keeper of some dark family secrets - as well as some disturbing political ones that might just taint Saint Selwyn . . . But for now, the team better do as they're told, and get down to administering morality.

Meanwhile, back at Downing Street, PM Andy Sheen is suffering a few smears of his own . . .

MARTIN SIXSMITH was born in Cheshire and educated at Oxford, Harvard and the Sorbonne. From 1980 to 1997 he worked for the BBC as the Corporation's correspondent in Moscow, Washington, Brussels and Warsaw. From 1997 to 2002 he worked for the Government as Director of Communications and Press Secretary first to Harriet Harman, then to Alistair Darling and finally to Stephen Byers. He is now a writer, presenter and journalist. He is the author of two novels, Spin and I Heard Lenin Laugh, and several works of non-fiction, including Philomena, first published in 2009 as The Lost Child of Philomena Lee, which is the basis for Stephen Frears' acclaimed film, Philomena, starring Steve Coogan (playing the author) and Judi Dench. He lives in London.
GOR005915959
9781405041195
1405041196
Spin by Martin Sixsmith
Martin Sixsmith
Used - Very Good
Hardback
Pan Macmillan
2004-04-16
336
N/A
Book picture is for illustrative purposes only, actual binding, cover or edition may vary.
This is a used book - there is no escaping the fact it has been read by someone else and it will show signs of wear and previous use. Overall we expect it to be in very good condition, but if you are not entirely satisfied please get in touch with us
Trustpilot