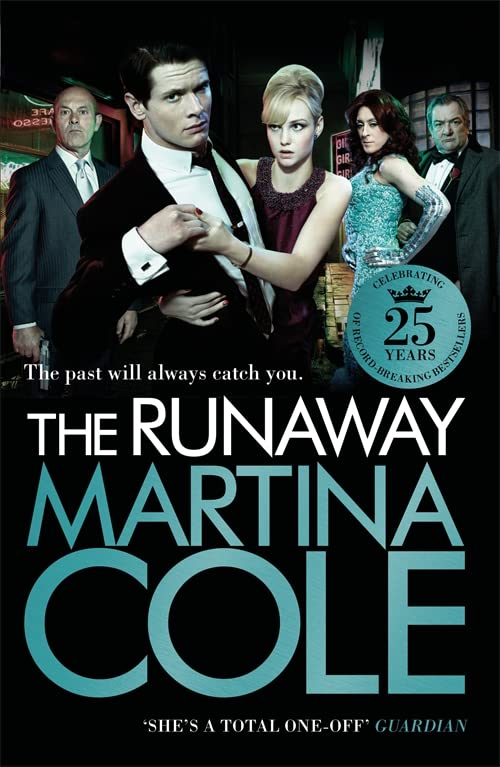 The Runaway
by Martina Cole

THE RUNAWAY: You may have seen the TV. That doesn't mean you know the full story.

The Runaway: An explosive crime thriller set across London and New York by Martina Cole

The past will always catch up with you...

You can't run for ever.

All that prostitute's daughter Cathy Connor and drunkard's son Eamonn Docherty want to do is escape their grim childhoods in London's East End. And soon events turn so dangerous they are left with no choice but to flee. Cathy to the red lit streets of Soho, Eamonn to the high ranks of gangland New York.

Now she's a hardened survivor, he's Gotham's most ruthless villain, and their paths are about to cross once again...

You might have seen THE RUNAWAY and THE TAKE on TV - but that certainly doesn't mean you know what happens in the books!

GOR002555424
The Runaway: An explosive crime thriller set across London and New York by Martina Cole
Martina Cole
Used - Very Good
Paperback
Headline Publishing Group
2010-10-28
736
0755374096
9780755374090
N/A
Book picture is for illustrative purposes only, actual binding, cover or edition may vary.
This is a used book - there is no escaping the fact it has been read by someone else and it will show signs of wear and previous use. Overall we expect it to be in very good condition, but if you are not entirely satisfied please get in touch with us.