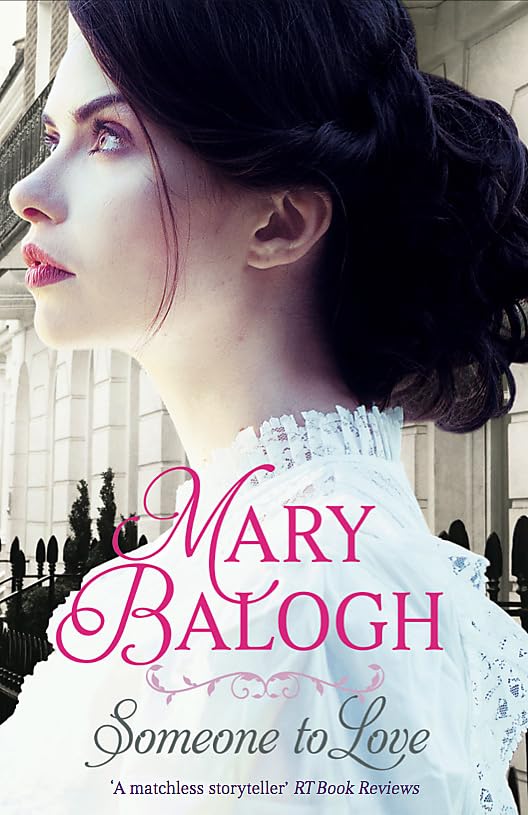 Someone to Love
by Mary Balogh

In Stock
£3.59
The New York Times bestselling author of Only a Kiss launches a new series with the death of an earl and the revelation of a scandalous secret . . .
Very Good Good
Only 1 left

Someone to Love Summary

Someone to Love by Mary Balogh

The New York Times bestselling author of Only a Kiss launches a new series with the death of an earl and the revelation of a scandalous secret . . .

Humphrey Wescott, Earl of Riverdale, has died, leaving behind a fortune that will forever alter the lives of everyone in his family - including the daughter no one knew he had . . .

Anna Snow grew up in an orphanage in Bath knowing nothing of the family she came from. Now she discovers that the late Earl of Riverdale was her father and that she has inherited his fortune. She is also overjoyed to learn she has siblings. However, they want nothing to do with her or her attempts to share her new wealth. But the new earl's guardian is interested in Anna . . .

Avery Archer, Duke of Netherby, keeps others at a distance. Yet something prompts him to aid Anna in her transition from orphan to lady. As London society and her newfound relatives threaten to overwhelm Anna, Avery steps in to rescue her and finds himself vulnerable to feelings and desires he has hidden so well and for so long.

'A grand mistress of the genre' Romantic Times

Someone to Love Reviews

Mary Balogh is a New York Times bestselling author. A former teacher, she grew up in Wales and now lives in Canada. Visit her at www.marybalogh.com

GOR008283594
Someone to Love by Mary Balogh
Mary Balogh
Westcott
Used - Good
Paperback
Little, Brown Book Group
2016-11-08
400
0349413630
9780349413631
N/A
Book picture is for illustrative purposes only, actual binding, cover or edition may vary.
This is a used book - there is no escaping the fact it has been read by someone else and it will show signs of wear and previous use. Overall we expect it to be in very good condition, but if you are not entirely satisfied please get in touch with us.