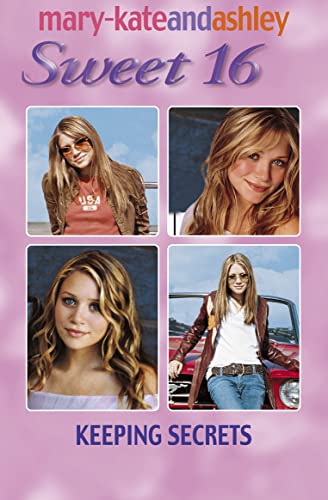 Mary-Kate and Ashley have to find out who's behind a seriously mean school website called `Beauty and the Beast' in this super Sweet Sixteen story.

Mary-Kate and Ashley have to find out who's behind a seriously mean school website called `Beauty and the Beast' in this super Sweet Sixteen story.

Ashley runs a school website called `Love Link' and it's a huge success. The students love it, and lots of them find dates using it. But then a sinister website called `Beauty or Beast' appears, it looks just like Ashley's `Love Link' with photos people have sent to Ashley for her website but instead of searching for partners, surfers are invited to say if they think people are good-looking or ugly, and what they think about them.

It's really mean and because it looks so much like Ashley's site, everyone thinks she's behind it! Worse, the principal tells Ashley she has to close down her website, even though she protests that everyone likes it.

With a little help from their friends, and some careful detective work, they find out who's behind the `Beauty or Beast' site, Gene, a computer nerd. He says it was a joke that got out of hand, and he's glad it's been stopped; but even though he confesses, the principal still won't let Ashley's `Love Link' reappear. The girls are going to have to take action - even if it means involving the whole school!

`Two teenage icons who define style for millions of American girls... Mary-Kate and Ashley are a marketing pheonomenon.'
Daily Express

`Mary-Kate and Ashley must be the coolest twins around.'
tv choice

`The most recognisable young icons among children aged six to 11.'
Metro

`The most powerful teenagers on earth.'
The Independent

Mary-Kate and Ashley Olsen have been huge international stars since the age of nine months, when they shared the role of Michelle in the US sitcom `Full House'. They have a range of videos, video games, CDs, dolls, books, a fashion line and a magazine already under their belt, and achieved fantastic sales during their first year of publication in the UK.

GOR001047859
Keeping Secrets (Sweet Sixteen, Book 10) by Mary-Kate Olsen
Mary-Kate Olsen
Sweet Sixteen
Used - Very Good
Paperback
HarperCollins Publishers
2005-12-05
128
0007181027
9780007181025
N/A
Book picture is for illustrative purposes only, actual binding, cover or edition may vary.
This is a used book - there is no escaping the fact it has been read by someone else and it will show signs of wear and previous use. Overall we expect it to be in very good condition, but if you are not entirely satisfied please get in touch with us.