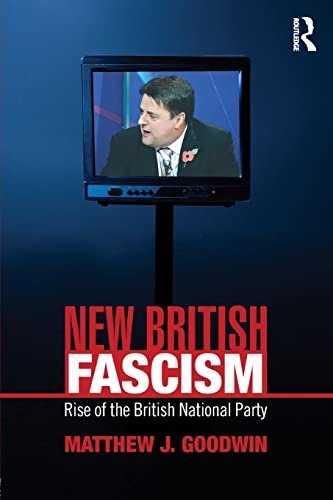 In Stock
£19.99
Examines the development of the far right in Britain against the backdrop of changing public attitudes toward race and immigration in Britain. Focusing on the British National Party which has been the most electorally successful far right party in British history, this book also examines the worrying rise in support for extremist and racist ideas.
Very Good
Only 1 left

The British National Party (BNP) is the most successful far right party in British political history. Based on unprecedented access to the party and its members, this book examines the rise of the BNP and explains what drives some citizens to support far right politics. It is essential reading for all those with an interest in British politics, extremism, voting, race relations and community cohesion. The book helps us understand:

'Where this book succeeds is in tying together narrative history, survey and statistical evidence, and interviews gleaned from BNP activists themselves. It gives us both a sense of context and continuity. New British Fascism is not only essential for understanding how a bunch of neo-Nazis became a political force; it hints at the real political challenges we collectively face. This excellent analysis is grounded in evidence.' - Anthony Painter, Sunday Review, Labour Uncut, June 2011, www.labour-uncut.co.uk

'Matthew's book provides one of the most challenging and in-depth studies of the BNP and reminds us all of the threat they pose. There is a real need to have a proper national debate about the growth of extremism in our country today - and Matthew's book offers invaluable analysis for all mainstream parties.' - The Rt Hon Baroness Warsi PC, Co-Chairman of the Conservative Party

`Whilst the oxygen of publicity is always welcome to small, ultra-right parties such as the BNP or EDL, nevertheless knowing what drives sometimes otherwise decent people to support the vicious and highly committed leadership of these neo-fascist organisations is essential in order to defeat them. It is easy to dismiss such extreme views as an irrelevance in British politics but, as this book ... shows, at a time of uncertainty and insecurity it is all too easy for fringe views to emerge in the mainstream. That is why this in-depth study is worthy of examination.' - The Rt Hon David Blunkett MP

`No-one but no-one knows more about the BNP than Matthew Goodwin. This book is required reading for anyone wanting go behind the lurid headlines to find out what really makes the party tick and why, despite a rising tide of Islamophobia, it has so far failed to make the big breakthrough that its supporters long for and its opponents fear. Packed with first-hand interviews, killer-stats and objective analysis, this is a major contribution to our understanding of both extreme and mainstream politics in Britain today.' - Tim Bale, University of Sussex and author of The Conservative Party from Thatcher to Cameron

`The long-awaited study by the leading expert on the BNP - a must read!' - David Farrell, University College Dublin and co-editor of Party Politics

`The book marks a significant contribution to the literature on the BNP and the nature of far right parties. It succeeds in its attempts to be of interest both to academics and to non-academics by being well written and engaging. [...] essential reading for anyone wishing to understand the BNP.' - Alfred Archer, University of Edinburgh, Political Studies Review, Vol 10:3, Sept. 2012

'Goodwin's book is both a good example of how detailed investigation of a minor party can reveal much new about the sources of its support and motivations of its members, and also an extremely useful background guide for anyone wanting to fight elections successfully against the BNP.' - Mark Pack, co-editor of Liberal Democrat Voice

"Goodwin lays out the mindsets and anxieties that drive people to join, not just the BNP, but far-right organisations in general. We hear why supporters, often motivated by a specific incident or fear, became involved with the party...Beyond these testimonies, Goodwin's book provides a comprehensive account, backed up by new data, detailing the rise and fall of the BNP...it does provide context for the ebb and flow of far-right groups in the UK and explores the rise in Islamophobia over the past decade that has allowed the EDL to become a significant street movement." - The Guardian

Matthew J. Goodwin is a Lecturer in the School of Politics and International Relations at the University of Nottingham.

GOR004681833
New British Fascism: Rise of the British National Party by Matthew J. Goodwin
Matthew J. Goodwin
Extremism and Democracy
Used - Very Good
Paperback
Taylor & Francis Ltd
2011-04-28
238
041546501X
9780415465014
N/A
Book picture is for illustrative purposes only, actual binding, cover or edition may vary.
This is a used book - there is no escaping the fact it has been read by someone else and it will show signs of wear and previous use. Overall we expect it to be in very good condition, but if you are not entirely satisfied please get in touch with us.