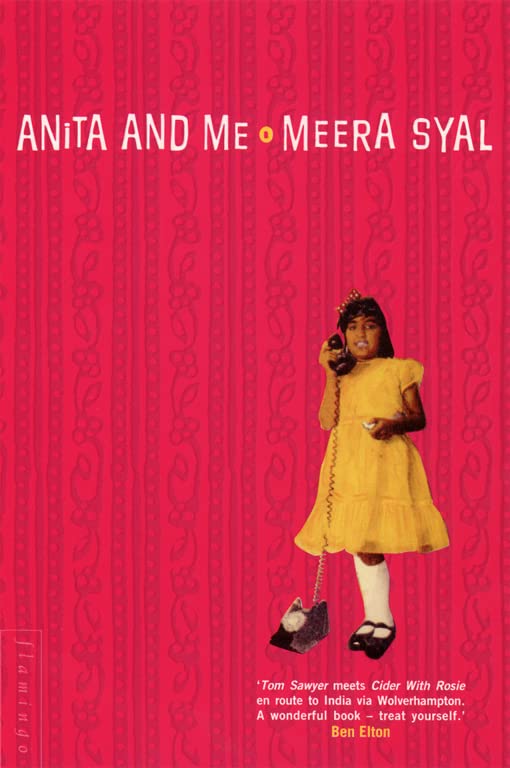 Anita and Me
by Meera Syal

The debut novel from the award-winning screenwriter of Bhaji on the Beach. The story of nine-year-old Meena, growing up in the only Punjabi family in the Black Country mining village of Tollington.

Anita and Me Summary

Anita and Me by Meera Syal

The debut novel from the award-winning screenwriter of Bhaji on the Beach. The story of nine-year-old Meena, growing up in the only Punjabi family in the Black Country mining village of Tollington.

It's 1972. Meena is nine years old and lives in the village of Tollington, `the jewel of the Black Country'. She is the daughter of Indian parents who have come to England to give her a better life. As one of the few Punjabi inhabitants of her village, her daily struggle for independence is different from most. She wants fishfingers and chips, not chapati and dhal; she wants an English Christmas, not the usual interminable Punjabi festivities - but more than anything, she wants to roam the backyards of working-class Tollington with feisty Anita Rutter and her gang.

Blonde, cool, aloof, outrageous and sassy, Anita is everything Meena thinks she wants to be. Meena wheedles her way into Anita's life, but the arrival of a baby brother, teenage hormones, impending entrance exams for the posh grammar school and a motorcycling rebel without a future, threaten to turn Anita's salad days sour.

Anita and Me paints a comic, poignant, compassionate and colourful portrait of village life in the era of flares, power cuts, glam rock, decimalisation and Ted Heath. It is a unique vision of a British childhood in the Seventies, a childhood caught between two cultures, each on the brink of change.

Meera Syal is a writer, actress, playwright, comic and novelist. She wrote the screenplays for the films Bhaji on the Beach and the multi-award-winning My Sister Wife. Anita and Me, her first novel, won a Betty Trask Award and was shortlisted for the Guardian Fiction Prize. Her second novel, Life Isn't All Ha-Ha, Hee-Hee, was published in 1999.

GOR009396584
Anita and Me by Meera Syal
Meera Syal
Used - Like New
Paperback
HarperCollins Publishers
1997-04-07
336
0006548768
9780006548768
Winner of Betty Trask Awards 1996 Short-listed for Betty Trask Award 1996 Short-listed for Guardian Fiction Prize 1996
Book picture is for illustrative purposes only, actual binding, cover or edition may vary.
The book has been read, but looks new. The book cover has no visible wear, and the dust jacket is included if applicable. No missing or damaged pages, no tears, possible very minimal creasing, no underlining or highlighting of text, and no writing in the margins.