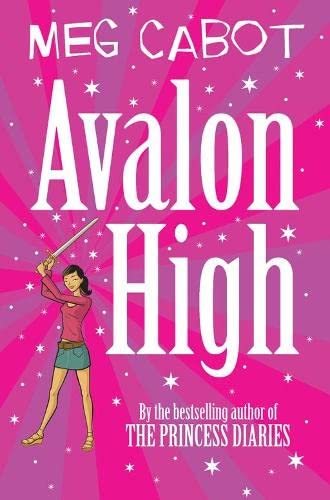 In Stock
£5.99
A dark and suspenseful novel based on the legend of Camelot - from best-selling Meg Cabot
Very Good Good Well Read
6 in stock

Avalon High, Ellie's new school, is pretty much what she'd expected. There's Lance, the hunky footballer. Jennifer, the cute cheerleader. Marco, the troublemaker. And then there's Will - the most gorgeous guy Ellie's ever met. She can hardly believe he likes HER.

When Will says he thinks he's met Ellie before, things start getting a little weird. A feeling that grows as Ellie discovers the strange bonds that entwine Will, Lance, Jen, Marco - and herself.

As darkness turns to danger, can Ellie stop the horrific chain of events that is about to engulf them all . . .

Meg Cabot is the author of The Princess Diaries series as well as several other series and bestselling novels for teenagers. Her books have sold millions of copies round the world. She has lived in various parts of the US and France, but now lives in Key West, Florida, with her husband and one-eyed cat, Henrietta.

GOR001065073
Avalon High by Meg Cabot
Meg Cabot
Used - Very Good
Paperback
Pan Macmillan
2007-01-05
288
0330446878
9780330446877
N/A
Book picture is for illustrative purposes only, actual binding, cover or edition may vary.
This is a used book - there is no escaping the fact it has been read by someone else and it will show signs of wear and previous use. Overall we expect it to be in very good condition, but if you are not entirely satisfied please get in touch with us.