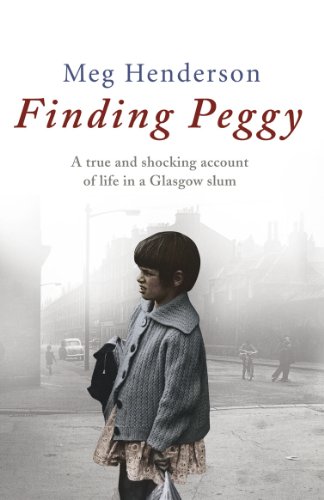 In Stock
£3.59
Meg Henderson was part of a large family, and when the tenement block in which they lived collapsed they had to move to the notorious Blackhill district where religious sectarianism and gang warfare were part of daily life.
Very Good Good
8 in stock

Glasgow in the 1950s was a deprived and often violent place. Meg Henderson was part of a large family, and when the tenement block in which they lived collapsed they had to move to the notorious Blackhill district where religious sectarianism and gang warfare were part of daily life. Yet despite appalling conditions , there was warmth, laughter and a remarkable spirit, andMeg's mother and her Aunt Peggy, both idealistic and emotional women, shielded her from the effects of her father's heavy drinking. A hopeless romantic, Peggy searched for a husband until late in life and then endured a harsh, unhappy marriage. When she died horrifically in childbirth her death devastated the family and destroyed Meg's childhood. Only later, after the death of her own mother, was Meg able to discover the shocking facts behind the tragedy.

"Meg Henderson's journalistic background undoubtedly adds to the ease with which she describes people and places, making them at once familiar and freshly seen. Finding Peggy is full of rich detail told with humour and sharpness." * Scotland on Sunday *
"A warm and vivid memory of Glasgow life - it provokes nostalgia and anger in equal measure. Apart from anything else, this is a gripping story, told with real passion" -- Magnus Linklater

Meg Henderson was born in the Townhead area of Glasgow in 1948, the youngest and only girl of three children. Thereafter she lived in the Blackhill, Drumchapel and Maryhill areas of the city. She gratefully left her convent secondary at sixteen, and though writing had always been her main interest, she spent some years working within the NHS before going to India with Voluntary Service Overseas. On her return she married, went to live on a Scottish island and became an adoptive and a foster parent. She now works as a journalist and lives with her husband on the East coast of Scotland.

GOR000955131
Finding Peggy by Meg Henderson
Meg Henderson
Used - Very Good
Paperback
Transworld Publishers Ltd
1994-09-01
320
0552141852
9780552141857
N/A
Book picture is for illustrative purposes only, actual binding, cover or edition may vary.
This is a used book - there is no escaping the fact it has been read by someone else and it will show signs of wear and previous use. Overall we expect it to be in very good condition, but if you are not entirely satisfied please get in touch with us.