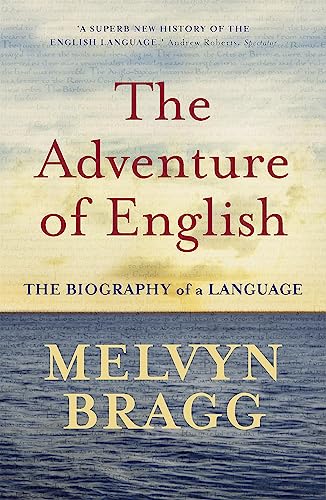 The Adventure Of English
by Melvyn Bragg

The Adventure Of English Summary

The Adventure Of English by Melvyn Bragg

English is the collective work of millions of people throughout the ages. It is democratic, ever-changing and ingenious in its assimilation of other cultures. English runs through the heart of world finance, medicine and the Internet, and it is understood by around two thousand million people across the world. Yet it was very nearly wiped out in its early years.

In this book Melvyn Bragg shows us the remarkable story of the English language; from its beginnings as a minor guttural Germanic dialect to its position today as a truly established global language. THE ADVENTURE OF ENGLISH is not only an enthralling story of power, religion and trade, but also the story of people, and how their day-to-day lives shaped and continue to change the extraordinary language that is English.

The Adventure Of English Reviews

Melvyn Bragg's superb new history of the English language is told as an adventure story, and rightly so. There is much splendid intellectual firepower in this book. * Andrew Roberts, Spectator *
Concise as well as learned...Melvyn Bragg takes the high road and strides confidently through the origins and growth of English. It gives us an impressive and sage view of the big picture. * Robert Winder, New Statesman *
Bragg is an expert translator in areas that academics find difficult to popularise...he produces a pithy, accessible narrative. * Guardian *
This breathless tale of the English language is one of struggle, resilience and triumph * Irish Times *
Beautifully clear and, indeed, thrilling * Waterstone's Books Quarterly *
Bragg's approachable account gleams with little gems. It has power and clarity...rewarding. * Sunday Herald *
Always readable, often thought-provoking, and consistently entertaining. * Independent *
This is a highly readable, jargon-free treatise on a notoriously prickly subject. Bragg's affection for his subject is infectious. In this he successfully joins a long tradition of gentleman enthusiasts from peppery Dr Johnson to genial James Murray. * Observer *

GOR001143781
The Adventure Of English by Melvyn Bragg
Melvyn Bragg
Used - Very Good
Paperback
Hodder & Stoughton General Division
2004-09-01
368
0340829931
9780340829936
N/A
Book picture is for illustrative purposes only, actual binding, cover or edition may vary.
This is a used book - there is no escaping the fact it has been read by someone else and it will show signs of wear and previous use. Overall we expect it to be in very good condition, but if you are not entirely satisfied please get in touch with us.