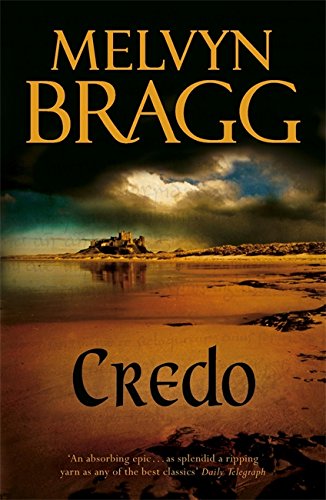 In Stock
£4.49
The reissue of Melvyn Bragg's epic masterpiece - a dramatic and dazzling recreation of life in Britain during the Dark Ages, and the story of a young Irish princess who became a saint
Very Good Good
6 in stock

Britain during the Dark Ages is the setting for the fascinating story of Bega, a young Irish princess who became a saint, and her lifelong bond with Padric, prince of the north-western kingdom of Rheged. This dramatic, far-reaching tale brings to life a land of warring kings, Christians and pagans, and tribes divided by language and culture, illuminating a little-known yet critical period in British history.

A gripping saga of great passion ... sustained, impassioned and uplifting * The Times *
An absorbing epic ... as splendid a ripping yarn as any of the best classics * Daily Telegraph *
A gripping, deeply accomplished work * Evening Standard *
I loved it ... Bragg's stately, seething, passionate epic is several cuts above modern attempts at historical fiction * Literary Review *
A beguiling entry into a society strange, neglected, important, tragic in many of its triumphs * Spectator *
Wonderfully evocative, passionate and erudite ... No summary could do justice to a book of this erudition, romance and scope * Glasgow Herald *

GOR001171775
Credo by Melvyn Bragg
Melvyn Bragg
Used - Very Good
Paperback
Hodder & Stoughton General Division
1997-03-06
800
0340667060
9780340667064
N/A
Book picture is for illustrative purposes only, actual binding, cover or edition may vary.
This is a used book - there is no escaping the fact it has been read by someone else and it will show signs of wear and previous use. Overall we expect it to be in very good condition, but if you are not entirely satisfied please get in touch with us.