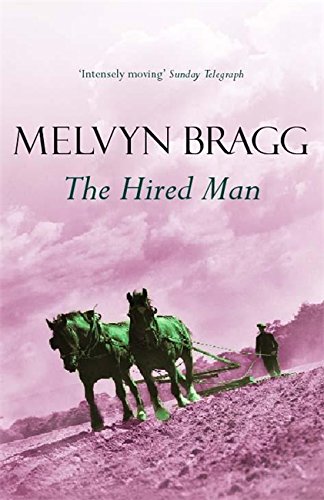 The Hired Man
by Melvyn Bragg

In Stock
£3.99
Bragg's acclaimed story of one family's experience of the social and cultural upheaval of England as it moves into the twentieth century
Very Good
7 in stock

The Hired Man by Melvyn Bragg

Set in Cumbria and covering the period from 1898 to the early twenties, this is the powerful saga of John Tallentire, first farm labourer, then coal miner, and his wife Emily. John's struggle to break free from the humiliating status of a 'hired man' is the theme of a novel which has been hailed as a classic of its kind - as meticulously detailed as a social document, as evocative as the writings of Hardy and Lawrence.

An intensely moving, deeply worked book * Sunday Telegraph *
It is an extraordinary blend of delicacy and harsh simplicity which makes Melvyn Bragg a remarkable novelist. The perception with which he traces the currents of feeling between John and Emily, the gathering and receding of emotion, have a cumulative power of enormous conviction, a steady hardening of experience which is deeply unsetting and moving * The Times *
A magnificently strong and sinewy novel * Sunday Mirror *

GOR001043949
The Hired Man by Melvyn Bragg
Melvyn Bragg
Used - Very Good
Paperback
Hodder & Stoughton General Division
2001-12-06
240
0340770902
9780340770900
N/A
Book picture is for illustrative purposes only, actual binding, cover or edition may vary.
This is a used book - there is no escaping the fact it has been read by someone else and it will show signs of wear and previous use. Overall we expect it to be in very good condition, but if you are not entirely satisfied please get in touch with us.