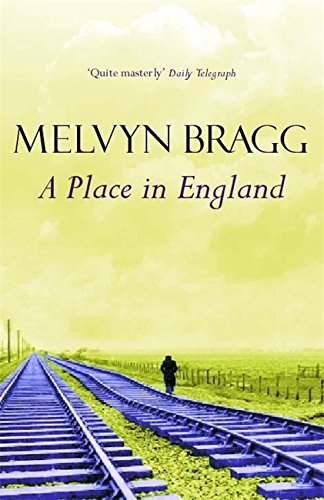 A Place in England
by Melvyn Bragg

A Place in England Summary

A Place in England by Melvyn Bragg

Joseph Tallantire has hope and ambition - like his father before him he is determined to make something of himself and improve his lot. But life is not easy for an uneducated young man in Cumberland before and during World War II, and Joseph's struggle against the odds is the subject of this moving and evocative novel. Suffering hardship and humiliation but eventually achieving a position of some independence, Joseph serves as a tribute to the many like him who lived through one of Britain's periods of greatest social change.

A Place in England Reviews

A graceful and confident writer; the little Cumberland town of Thurston during the slump years, the Second World War and after, is beautifully realised * The Observer *
Quite masterly * Daily Telegraph *
Places him solidly in the main tradition of English fiction, with an honourable ancestry through such disparate figures as Wells and Hardy, Dickens and Jane Austen to Henry Fielding * Tribune *

GOR000745633
A Place in England by Melvyn Bragg
Melvyn Bragg
Used - Very Good
Paperback
Hodder & Stoughton General Division
2001-12-06
256
0340770929
9780340770924
N/A
Book picture is for illustrative purposes only, actual binding, cover or edition may vary.
This is a used book - there is no escaping the fact it has been read by someone else and it will show signs of wear and previous use. Overall we expect it to be in very good condition, but if you are not entirely satisfied please get in touch with us.