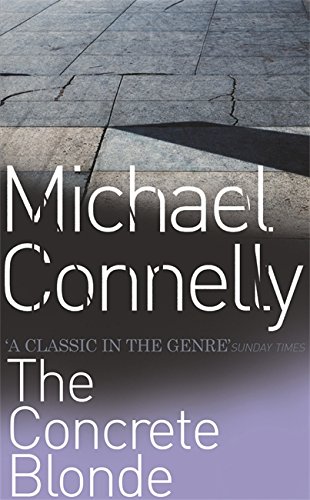 A four-year-old crime has come back to haunt Harry Bosch . . . From the bestselling author of ECHO PARK.

When LAPD detective Harry Bosch shot and killed Norman Church, the police were convinced it marked the end of the search for one of the city's most bizarre serial killers. The manhunt for the 'Dollmaker', so called because he painted the faces of all his victims with make-up after death, was finally over.

But four years later, Norman Church's widow is taking Bosch to court, accusing him of killing the wrong man. To make matters worse, Bosch has just received a note, eerily reminiscent of the ones the Dollmaker used to taunt him with, giving him a location where a body can be found.

Is the Dollmaker still alive? Or is this the work of a vicious copycat killer, determined to repeat the Dollmaker's grisly feats and destroy Bosch's career in the process? As he battles to clear his name in court, Bosch faces a desperate race against time to find the killer.

One of the world's finest crime writers * MAIL ON SUNDAY *
Connelly is a crime-writing genius * INDEPENDENT ON SUNDAY *
One of the great storytellers of crime fiction * SUNDAY TELEGRAPH *
Crackling authenticity...cunningly conceived...Connelly joins the top rank of a new generation of crime writers * LOS ANGELES TIMES *
A former police reporter for the Los Angeles Times, Michael Connelly is the author of the acclaimed Harry Bosch thriller series, the Mickey Haller novels and other bestsellers. He lives in Tampa, Florida with his family. To find out more, visit www.michaelconnelly.co.uk
GOR001118100
9780752815428
0752815423
The Concrete Blonde by Michael Connelly
Michael Connelly
Harry Bosch Series
Used - Very Good
Paperback
Orion Publishing Co
2007-03-15
432
N/A
Book picture is for illustrative purposes only, actual binding, cover or edition may vary.
This is a used book - there is no escaping the fact it has been read by someone else and it will show signs of wear and previous use. Overall we expect it to be in very good condition, but if you are not entirely satisfied please get in touch with us
Trustpilot