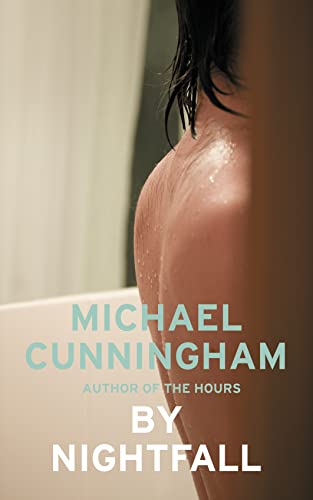 By Nightfall
by Michael Cunningham

From the Pultizer Prize-winning author of `The Hours', comes the story of a marriage thrown off course by a moment of mistaken identity.

By Nightfall by Michael Cunningham

From the Pultizer Prize-winning author of `The Hours', comes the story of a marriage thrown off course by a moment of mistaken identity.

Peter Harris is forty-four, prosperous, the owner of a big New York apartment and a player in the contemporary art scene. He has been married to Rebecca for close to twenty years. Their marriage is sound, in the way marriages are. Peter might even describe himself as happy. But then Rebecca's much younger brother Mizzy shows up for a visit. Beautiful, twenty-three years old, with a history of drug problems, Mizzy is looking for direction. And in his presence, Peter finds himself questioning his marriage, his desires, his career - the entire world he has so carefully constructed for himself.

Making us think deeply about the uses of beauty and the place of love in our lives, By Nightfall is heartbreaking look at the way we live now.

`Cunningham encourages his reader to wrestle with things that interest him by sketching his plots delicately over classic lines. In this case, the arrival of the guest who will change everything is reworked into a discussion about art and decay by a writer who can write a page-turning novel that lingers eloquently in the mind' The Times

`This is a book about art, love, marriage and mortality... One of the intriguing and peculiar qualities of `By Nightfall' is that it makes you live with a character who seems never quite at ease with his own identity... One of Cunningham's gifts is to be able to shift gears when he wants, out of banal everydayness into an intense rhapsodic meditation on the meaning and purpose of life.' Guardian

`Michael Cunningham is embarked on one of the more satisfying career trajectories of contemporary American novelists...'By Nightfall' offers the reader an abundance of exquisite, enriching thumbnail sketches' Times Literary Supplement

`Constantly surprising ... a love letter to New York, a hymn to youth and a meditation on the way art and literature alter our perception of the world' Evening Standard

Michael Cunningham is the author of six novels, including `A Home at the End of the World', `Flesh and Blood', `The Hours' (winner of the PEN / Faulkner Award and the Pulitzer Prize), `Specimen Days' and `By Nightfall', as well as `Land's End: A Walk in Provincetown'. His most recent novel is `The Snow Queen'. He lives in New York.

GOR002661113
By Nightfall by Michael Cunningham
Michael Cunningham
Used - Very Good
Hardback
HarperCollins Publishers
2011-01-20
256
0007307764
9780007307760
N/A
Book picture is for illustrative purposes only, actual binding, cover or edition may vary.
This is a used book - there is no escaping the fact it has been read by someone else and it will show signs of wear and previous use. Overall we expect it to be in very good condition, but if you are not entirely satisfied please get in touch with us.