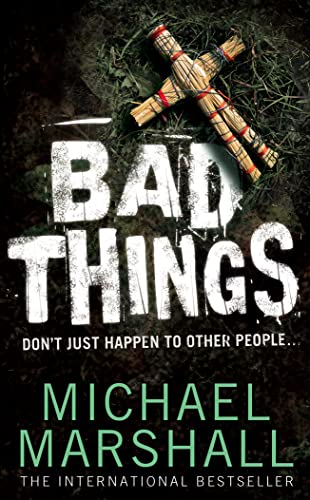 The new psychological thriller from the bestselling author of The Straw Men and The Intruders. A heart-stopping tale of secrets, lies and our culpability in our own misfortunes.

The new psychological thriller from the bestselling author of The Straw Men and The Intruders. A heart-stopping tale of secrets, lies and our culpability in our own misfortunes.

On a beautiful summer's afternoon four-year-old Scott Henderson walked out onto a jetty over a lake in Black Ridge, Washington State. He never came back.

John Henderson's world ended that day, but three years later he's still alive. Living a life, of sorts. Getting by. Until one night he receives an email from a stranger who claims to know what happened to his little boy.

Against his better judgement Henderson returns to Black Ridge, unleashing a terrifying sequence of events that threatens to destroy what remains of everything he once held dear.

Bad things don't just happen to other people - they're waiting round the corner for you too. And when they start to make their way in through the cracks in your life, you won't know until it's far too late...

`Fast-moving, sinister and highly accomplished ... This is ferocious storytelling of the highest order, with corkscrew twists and turns that make it deliciously scary as the secrets unfold.' Daily Mail

`Marshall's thrillers get creepier with every book.' Mirror

`A great read, with a plot packed full of twists and turns' News of the World

Praise for The Intruders:

`A good, taut thriller, with lots of action and a very gripping ending; Marshall takes the reader with him on the investigation with a great deal of guile and style.' Guardian

`Bestseller Marshall outdoes his own high standards with this potent blend of suspense, paranoia and just plain creepiness ... a provocative and supremely intelligent thriller' Publishers Weekly

`Captures a sense of the menacing inevitable ... one of the more bracingly depressing tales of mystery and terror to have been published in recent years' Time Out

Michael Marshall is a novelist and screenwriter. Before becoming an internationally bestselling thriller writer with `The Straw Men' and its follow-ups, he had already established a successful career under the name Michael Marshall Smith: his groundbreaking first novel, `Only Forward', won the Philip K. Dick and August Derleth Awards, and its critically acclaimed successors `Spares' and `One of Us' have been optioned by major Hollywood studios. He lives in North London with his wife, son and two cats.

GOR000716079
Bad Things by Michael Marshall
Michael Marshall
Used - Very Good
Paperback
HarperCollins Publishers
2009-12-01
400
0007210043
9780007210046
N/A
Book picture is for illustrative purposes only, actual binding, cover or edition may vary.
This is a used book - there is no escaping the fact it has been read by someone else and it will show signs of wear and previous use. Overall we expect it to be in very good condition, but if you are not entirely satisfied please get in touch with us.