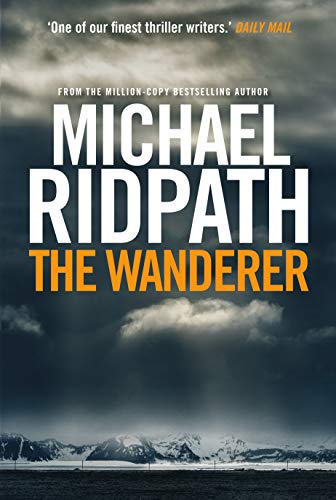 The Wanderer
by Michael Ridpath

The Wanderer by Michael Ridpath

From the million-copy bestselling author, perfect for fans of Stieg Larsson, Anne Holt, and The Killing.

'Michael Ridpath is trouncing the Scandinavians on their home turf. This is international thriller writing at its best.' Peter James, author of the Roy Grace series

Iceland, 2017: When a young Italian tourist is found brutally murdered at a sacred church in northern Iceland, Magnus Jonson, newly returned to the Reykjavik police force, is called in to investigate. At the scene, he finds a stunned TV crew, there to film a documentary on the life of the legendary Viking, Gudrid the Wanderer.

Magnus quickly begins to suspect that there may be more links to the murdered woman than anyone in the film crew will acknowledge. As jealousies come to the surface, new tensions replace old friendships, and history begins to rewrite itself, a shocking second murder leads Magnus to question everything he thought he knew...

Ridpath has that read-on factor that sets bestsellers apart. * Guardian *
A cracker, with all the background of the sagas and the landscape as a character in its own right... Fascinating. * Aline Templeton, author of the DI Marjory Fleming series *
Stunning... [Ridpath] creatively introduces the reader to the fables and sagas of Iceland and interweaves these elements of history, fiction and myth into a contemporary crime drama. A cracking whodunit. * Mystery People *
A clever blend of murder mystery, myth and up-to-the-minute mayhem. * The Times on Ridpath's Magnus Iceland Series *
Never fails to deliver satisfaction and excitement. * Daily Mail on Ridpath's Magnus Iceland Series *
This is international thriller writing at its best, fine characters, page-turning suspense and a great, fresh location. * Peter James on Ridpath's Magnus Iceland Series *

Michael Ridpath spent eight years as a bond trader in the City before giving up his job to write full-time. He lives in north London with his wife and three children. Visit his website at www.michaelridpath.com.

GOR009937914
The Wanderer by Michael Ridpath
Michael Ridpath
A Magnus Iceland Mystery
Used - Very Good
Paperback
Atlantic Books
2019-05-02
336
1782398759
9781782398752
N/A
Book picture is for illustrative purposes only, actual binding, cover or edition may vary.
This is a used book - there is no escaping the fact it has been read by someone else and it will show signs of wear and previous use. Overall we expect it to be in very good condition, but if you are not entirely satisfied please get in touch with us.