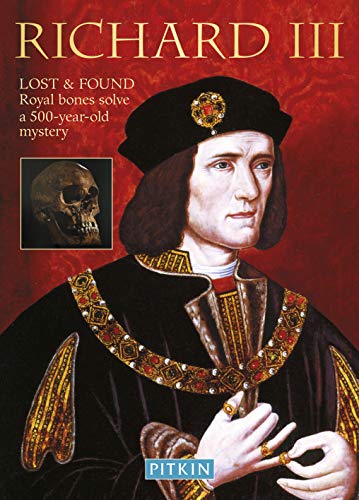 One of the most enigmatic but controversial personalities in British royal history, Richard III's mysteries are explored here in a colourful informative guide to the monarch's life and short time on the throne.

The reign of Richard III was one of the shortest in British history, yet he remains one of the most enigmatic and controversial personalities who occupied the throne.

This informative guide traces the life of Richard and his seemingly contradictory qualities, of loyalty and perfidy, generosity and self-interest, honesty and manipulation. From his initial position far down the line of succession to his position as Lieutenant-General of the North and move to the throne in 1483, Richard's story is fascinatingly explored. Sections engagingly cover the controversies surrounding Richard such as the Princes in the Tower and the Battle of Bosworth.

In February 2013, a skeleton uncovered in the ruins of Grey Friars Church in Leicester was identified as the remains of Richard III. The remains found were proved to be Richard's 'beyond reasonable doubt' through DNA tests. But what was this man really like? A ruthless manipulator, or a tragic figure? Michael St John Parker's guide delves into the life of Richard with colour photographs, illustrations and artefacts.

Michael St John Parker is a historian and writer who has written a numerous amount of Pitkin guides. These include King Arthur, William Shakespeare, The Wars of the Roses, Life in Victorian Britain, The Civil War, Britain's Kings and Queens and more.
Table of Last of the Plantagenets; Introduction; The Wars of the Roses - Staunchly Loyal; Lieutenant of the North - Honest Governor; Succession - Usurper?; King Richard - Ruthless Monarch?; The Conundrum of the Princes; King Richard - Cynical Manipulator?; King Richard - Scrupulously Honest?; King Richard - Personally Tragic; The Battle of Bosworth; The Last of the Plantagenets.
GOR002931389
9780853726531
0853726531
Richard III by G. W. O. Woodward
G. W. O. Woodward
Used - Very Good
Paperback
Pavilion Books
1994-07-01
24
N/A
Book picture is for illustrative purposes only, actual binding, cover or edition may vary.
This is a used book - there is no escaping the fact it has been read by someone else and it will show signs of wear and previous use. Overall we expect it to be in very good condition, but if you are not entirely satisfied please get in touch with us
Trustpilot