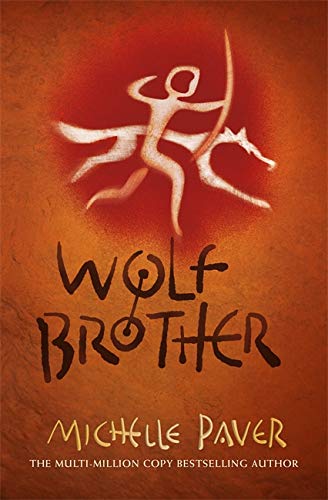 The first, bestselling novel in the million-copy-selling CHRONICLES OF ANCIENT DARKNESS series, WOLF BROTHER is a compelling page-turner like no other written by renowned author Michelle Paver.

Thousands of years ago, the land is one dark forest. Its people are hunter-gatherers. They know every tree and herb and they know how to survive in a time of enchantment and powerful magic. Until an ambitious and malevolent force conjures a demon: a demon so evil that it can be contained only in the body of a ferocious bear that will slay everything it sees, a demon determined to destroy the world.

Only one boy can stop it - 12-year-old Torak, who has seen his father murdered by the bear. With his dying breath, Torak's father tells his son of his burden. He must lead the bear to the mountain of the World Spirit and beg that spirit's help to overcome it.

A terrifying quest in a world of wolves, tree spirits and Hidden People, a world in which trusting a friend means risking your life.

Wolf Brother combines elements of fantasy, prehistoric fiction and facts, to make a brilliant book. This the first in a series of six (and one of the best, too). I would recommend it to any one who likes wolves (essential!), magic and stone age people! * THE GUARDIAN *
The story is a rich tale full strong with the themes of survival, magic and folklore. Michelle Paver manages to install the same dreams in the reader's head that she once had herself - the dream to run with wolves in a prehistoric forest. * FANTASY BOOK REVIEW *
Wolf Brother, the first of six books in Chronicles of Ancient Darkness, is a terrific read, and I was instantly grabbed by the throat and whooshed along by the power of the writing. * HISTORICAL NOVEL SOCIETY *
Rich in detail which brings the past to life and makes the forest background vivid to all readers * LOVEREADING4KIDS *
I liked the book because it is a thrilling, packed with a ton of action, and is an adventure you don't usually find in books. Wolf Brother never lets you stop reading, and it keeps a ton of suspense. * TEEN INK subscriber review *
Wolf Brother is a book where time passes quickly as the reader is absorbed into a colourful world. And before you know it the book has ended and you find you just have to grab the next book in the series and continue reading. * THE DESK OF KAREN LEE FIELD REVIEW *

Born in Malawi to a Belgian mother and a father who ran the tiny 'Nyasaland Times', Michelle Paver moved to the UK when she was three. She was brought up in Wimbledon and, following a Biochemistry Degree from Oxford, she became a partner in a big City law firm. She gave up the City to follow her long-held dream of becoming a writer. Successfully published as an adult author, the CHRONICLES OF ANCIENT DARKNESS are her first books for children.

GOR001189768
Chronicles of Ancient Darkness: Wolf Brother: Book 1 by Michelle Paver
Michelle Paver
Chronicles of Ancient Darkness
Used - Very Good
Paperback
Hachette Children's Group
2005-06-15
256
1842551310
9781842551318
N/A
Book picture is for illustrative purposes only, actual binding, cover or edition may vary.
This is a used book - there is no escaping the fact it has been read by someone else and it will show signs of wear and previous use. Overall we expect it to be in very good condition, but if you are not entirely satisfied please get in touch with us.