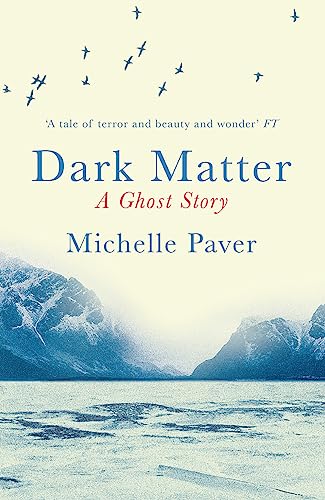 A terrifying 1930s ghost story set in the haunting wilderness of the far north.

January 1937. Clouds of war are gathering over a fogbound London. Twenty-eight year old Jack is poor, lonely and desperate to change his life. So when he's offered the chance to join an Arctic expedition, he jumps at it. Spirits are high as the ship leaves Norway: five men and eight huskies, crossing the Barents Sea by the light of the midnight sun. At last they reach the remote, uninhabited bay where they will camp for the next year. Gruhuken.

But the Arctic summer is brief. As night returns to claim the land, Jack feels a creeping unease. One by one, his companions are forced to leave. He faces a stark choice. Stay or go. Soon he will see the last of the sun, as the polar night engulfs the camp in months of darkness. Soon he will reach the point of no return - when the sea will freeze, making escape impossible.

And Gruhuken is not uninhabited. Jack is not alone. Something walks there in the dark...

Evocative, chilling and superbly unsettling, it is very good indeed. -- Sarah Broadhurst * BOOKSELLER *
This gripping ghost story has moments of horror and beauty * SUNDAY TELEGRAPH *
Paver's descriptions of the topography are marvellously vivid and add to the sense of menace that suffuses the story -- Joan Smith * SUNDAY TIMES *
An atmospheric ghost story that would give Susan Hill a run for her money * INDEPENDENT ON SUNDAY *
A chilling period piece, Dark Matter cunningly illustrates how fear, rather than death, is the great equaliser. * INDEPENDENT *
More than just a ghost story, this is an exquisitely told psychological thriller. Unputdownable! * WOMANS WEEKLY *
A genuinely terrifying tale ... I cannot recommend this novel enough, especially in these dark nights, you will certainly get more than you bargained for. I did. * SAVIDGE READS Book Blog *
Ghost stories don't frighten me much but this one did. Quite a lot, actually ... Chilling in every respect. -- Richard Madeley
Dark Matter builds suspense brilliantly ... As well as a ghost story, it's a great portrayal of Svalbard and the experience of spending a winter in the Arctic. * ADVENTURE TRAVEL *
A genuinely suspenseful and really quite chilling tale * TIMES HIGHER EDUCATION SUPPLEMENT *

Born in Malawi to a Belgian mother and a father who ran the tiny 'NYASALAND TIMES', Michelle Paver moved to the UK when she was three. She was brought up in Wimbledon and, following a Biochemistry Degree from Oxford, she became a partner in a big City law firm. She gave up the City to follow her long-held dream of becoming a writer. She is the author of the brilliantly successful children's series, THE CHRONICLES OF ANCIENT DARKNESS. DARK MATTER is her first adult ghost story. It arises from her lifelong love of the Arctic, which has taken her to northern Canada, Greenland, Scandinavia and Spitsbergen.

GOR003031479
Dark Matter by Michelle Paver
Michelle Paver
Used - Very Good
Paperback
Orion Publishing Co
2011-09-01
288
1409121186
9781409121183
N/A
Book picture is for illustrative purposes only, actual binding, cover or edition may vary.
This is a used book - there is no escaping the fact it has been read by someone else and it will show signs of wear and previous use. Overall we expect it to be in very good condition, but if you are not entirely satisfied please get in touch with us.