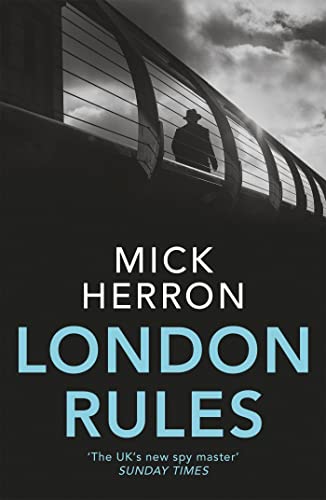 London Rules might not be written down, but everyone knows rule one.

Regent's Park's First Desk, Claude Whelan, is learning this the hard way. Tasked with protecting a beleaguered prime minister, he's facing attack from all directions himself: from the showboating MP who orchestrated the Brexit vote, and now has his sights set on Number Ten; from the showboat's wife, a tabloid columnist, who's crucifying Whelan in print; and especially from his own deputy, Lady Di Taverner, who's alert for Claude's every stumble.

Meanwhile, the country's being rocked by an apparently random string of terror attacks, and someone's trying to kill Roddy Ho.

Over at Slough House, the crew are struggling with personal problems: repressed grief, various addictions, retail paralysis, and the nagging suspicion that their newest colleague is a psychopath. But collectively, they're about to rediscover their greatest strength - that of making a bad situation much, much worse.

It's a good job Jackson Lamb knows the rules. Because those things aren't going to break themselves.

GOR009261625
9781473657403
1473657407
London Rules: Jackson Lamb Thriller 5 by Mick Herron
Mick Herron
Jackson Lamb Thriller
Used - Very Good
Paperback
John Murray Press
2018-08-09
352
Short-listed for CWA Goldsboro Gold Dagger 2018 (UK) Short-listed for CWA Ian Fleming Steel Dagger 2018 (UK)
Book picture is for illustrative purposes only, actual binding, cover or edition may vary.
This is a used book - there is no escaping the fact it has been read by someone else and it will show signs of wear and previous use. Overall we expect it to be in very good condition, but if you are not entirely satisfied please get in touch with us
Trustpilot