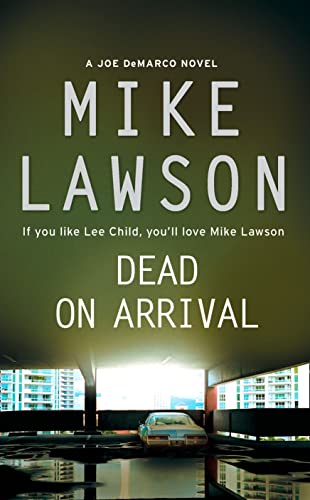 Dead on Arrival
by Mike Lawson

Joe DeMarco is back and the corridors of power have never felt so deadly...

Dead on Arrival by Mike Lawson

Joe DeMarco is back and the corridors of power have never felt so deadly...

First a bomb attack on the Baltimore Harbour tunnel is averted. Then a young American Muslim is shot down in a Cessna plane whilst trying to drive it into The Whitehouse.
What follows is chaos as a ruthless senator tries to pass a xenophobic law that will see non-citizen Muslims deported and extensive background checks on all Muslims living in the US carried out immediately.

Speaker of the house John Mahoney wants nothing to do with the bill being pushed through. He knows all to well what trouble a law like that could stir up, and what's worse he knows the kid who tried to crash the plane into the White House.

Enter Joe DeMarco, a man with a shady past, a lawyer who has never practised law. He's charged with investigating the attacks but there's a twist to the attempted mass destruction, something the FBI didn't even see, and suddenly at every turn DeMarco faces a new and terrifying danger...

THE INSIDE RING
`Smart, original, crafted with true insider knowledge, brimming with vivid characters and with a forward drive that just won't quite...I couldn't put it down' Vince Flynn, author of Memorial Day

Michael Lawson is a former nuclear engineer who turned to full-time writing in May 2003. He lives with his family in the United States.

GOR001150892
Dead on Arrival by Mike Lawson
Mike Lawson
Used - Very Good
Paperback
HarperCollins Publishers
2008-08-01
592
0007256299
9780007256297
N/A
Book picture is for illustrative purposes only, actual binding, cover or edition may vary.
This is a used book - there is no escaping the fact it has been read by someone else and it will show signs of wear and previous use. Overall we expect it to be in very good condition, but if you are not entirely satisfied please get in touch with us.