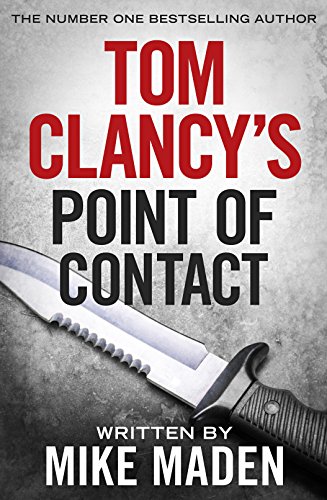 In the latest electrifying adventure in the Number one New York Times bestselling series, Jack Ryan Jr finds out that sometimes the deadliest secret of all may be standing right next to you.

Freeze or drown.
He wasn't sure which one would come first. It didn't really matter. Either way, Jack Ryan, Jr. knew he was going to die in the next two minutes.

When Jack Ryan Jr is sent to Singapore on what seems a routine administrative task, he worries he's being sidelined in the war on terror. But it soon becomes clear there's more to the mission - and his unassuming new partner, Paul Brown - than meets the eye.

With North Korean missile testing in full swing and a deadly cyclone bearing down on the island nation, Brown and Ryan are tasked with uncovering a mole threatening an entirely new kind of warfare. And it soon becomes clear someone is willing to kill to cover their tracks.

As they race against time to escape both the murderous storm and a team of trained assassins, they must fight against power, prestige, leverage and blackmail to prevent the launch of another worldwide nuclear arms race.

There's hardly another thriller writer alive who can fuel an adrenaline surge the way Clancy can * Daily Mail *
Exhilarating. No other novelist is giving so full a picture of modern conflict. * Sunday Times *
Grunt-level action, advanced cyber warfare, and plenty of high-tech weaponry... * Publishers Weekly on Mike Maden *

Mike Maden grew up working in the canneries, feed mills and slaughterhouses of California's San Joaquin Valley. A lifelong fascination with history and warfare ultimately lead to a Ph.D. in political science focused on conflict and technology in international relations. Like millions of others, he first became a Tom Clancy fan after reading The Hunt for Red October, and began his published fiction career in the same techno-thriller genre, starting with Drone and the sequels, Blue Warrior, Drone Command and Drone Threat. He's honored to be joining "The Campus" as a writer in Tom Clancy's Jack Ryan, Jr., series.

GOR008611198
Tom Clancy's Point of Contact: INSPIRATION FOR THE THRILLING AMAZON PRIME SERIES JACK RYAN by Mike Maden
Mike Maden
Jack Ryan Jr
Used - Very Good
Hardback
Penguin Books Ltd
2017-06-15
496
0718188179
9780718188177
N/A
Book picture is for illustrative purposes only, actual binding, cover or edition may vary.
This is a used book - there is no escaping the fact it has been read by someone else and it will show signs of wear and previous use. Overall we expect it to be in very good condition, but if you are not entirely satisfied please get in touch with us.