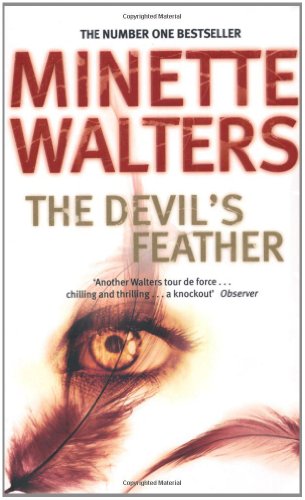 The Devil's Feather
by Minette Walters

In Stock
£4.99
The stunning bestseller now with a new cover treatment
Very Good
Only 1 left

The Devil's Feather by Minette Walters

Have you ever wanted to bury a secret so deeply that no one will find out about it?

With private security firms supplying bodyguards in every theatre of war, who will notice the emergence of a sexual psychopath from the ranks of the mercenaries?

Reuters correspondent Connie Burns is no stranger to the world's troublespots, including the vicious civil unrest in Sierra Leone and the war in Iraq. But as she begins to suspect that a foreigner is using the chaos of war to act out sadistic fantasies against women, her efforts to bring him to justice leave her devastated.

Degraded and terrified, she goes into hiding in England and strikes up a friendship with Jess Derbyshire, a loner whose reclusive nature may well be masking secrets of her own. Connie draws from the other woman's strength and makes the hazardous decision to attempt a third unmasking of a serial killer . . .

Knowing he will come looking for her . . .

Minette Walters is England's bestselling female crime writer. She has written 11 novels and has won the CWA John Creasey Award, the Edgar Allan Poe Award and two CWA Gold Daggers for Fiction. Minette Walters lives in Dorset with her husband and two children.

GOR000502854
The Devil's Feather by Minette Walters
Minette Walters
Used - Very Good
Paperback
Pan Macmillan
2006-08-04
560
0330436481
9780330436489
N/A
Book picture is for illustrative purposes only, actual binding, cover or edition may vary.
This is a used book - there is no escaping the fact it has been read by someone else and it will show signs of wear and previous use. Overall we expect it to be in very good condition, but if you are not entirely satisfied please get in touch with us.