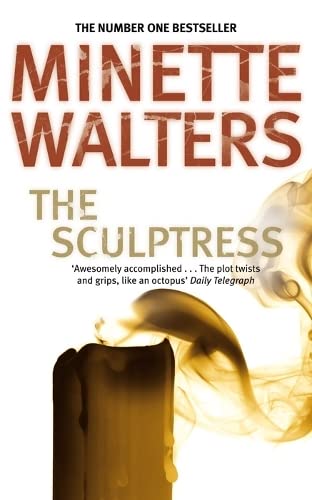 The Sculptress
by Minette Walters

In Stock
£12.99
Winner of the Edgar Allen Poe Award for Best Crime Novel of the Year
Very Good
8 in stock

The Sculptress by Minette Walters

`It was a slaughterhouse, the most horrific scene I have ever witnessed... Olive Martin is a dangerous woman. I advise you to be extremely wary in your dealings with her.'

The facts of the case were simple: Olive Martin had pleaded guilty to killing and dismembering her sister and mother, earning herself the chilling nickname `The Sculptress'.

This much journalist Rosalind Leigh knew before her first meeting with Olive, currently serving a life sentence. How could Roz have foreseen that the encounter was destined to change her life - for ever?

`This is one of my books of the year' Sunday Times

`Awesomely accomplished . . . The plot twists and grips, like an octopus' Daily Telegraph

GOR000560452
The Sculptress by Minette Walters
Minette Walters
Used - Very Good
Paperback
Pan Macmillan
1994-10-01
464
0330330373
9780330330374
N/A
Book picture is for illustrative purposes only, actual binding, cover or edition may vary.
This is a used book - there is no escaping the fact it has been read by someone else and it will show signs of wear and previous use. Overall we expect it to be in very good condition, but if you are not entirely satisfied please get in touch with us.