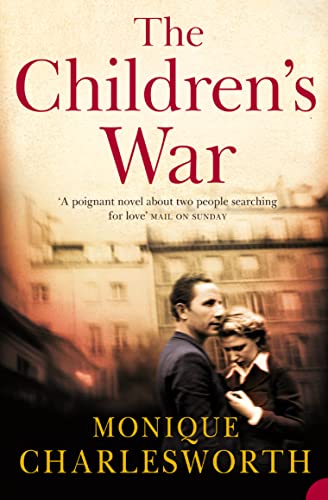 The Children's War
by Monique Charlesworth

A heartrending coming-of-age novel set in a war-torn Europe, The Children's War is subtle and romantic literary fiction at its best.

The Children's War by Monique Charlesworth

A heartrending coming-of-age novel set in a war-torn Europe, The Children's War is subtle and romantic literary fiction at its best.

A young girl sits alone in a station waiting room in Marseilles. Part Jewish, Ilse has been sent out of Nazi Germany to safety in Morocco by her mother. This is the beginning of an uneasy life, shifting across borders, blown by circumstances beyond her control. Fleeing through France as the Nazis invade, she is thrown in the path of an intense young soldier, Francois, in whom darkness and light seem inextricably mixed.

Inside Germany, a boy struggles with his destiny in the Hitler Youth. Nicolai is a reluctant warrior. Despite the comfort of his Hamburg home, he comes to feel that he is a stranger in his own land. As war steals their youth away, both Ilse and Nicolai search for love in a time of terror. Subtle in its depiction of people and worlds now vanished, this epic novel of occupation and war powerfully evokes the battles behind enemy lines, those of home and of heart.

`Breathlessly suspenseful . . . Charlesworth uses two apparent opposites-a timid, sensitive Nazi boy, a bold, red-headed Jewish girl-as a way of exploring what good people have in common and how innocents learn to be decent in a world swarming with evil. She moves her story through fast, terrifying intricacies of plot: journeys, battles, smuggled papers, love affairs, carefully calculated loyalties, heroic sacrifices and endless duplicity . . . Charlesworth's greatest success is to show how these children grow into morally mature adults, learning about treachery not just by seeing it around them, but by making difficult and sometimes terrible choices themselves . . . Engrossing.' Polly Shulman, New York Times Book Review

Monique Charlesworth has lived in France and Germany; she is fluent in both languages. Elements of THE CHILDREN'S WAR are drawn from her own family history. The author of three previous novels, she has been writing for film and television for the past decade. She lives with her husband and two children in London.

GOR001198132
The Children's War by Monique Charlesworth
Monique Charlesworth
Used - Very Good
Paperback
HarperCollins Publishers
2005-02-07
432
000715089X
9780007150892
N/A
Book picture is for illustrative purposes only, actual binding, cover or edition may vary.
This is a used book - there is no escaping the fact it has been read by someone else and it will show signs of wear and previous use. Overall we expect it to be in very good condition, but if you are not entirely satisfied please get in touch with us.