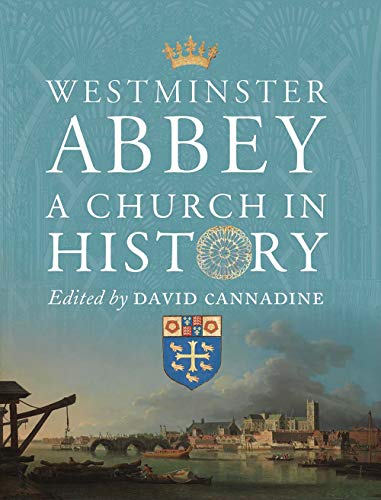 Westminster Abbey - A Church in History
by Mr David Cannadine

In Stock
£34.99
A comprehensive and authoritative history that explores the significance of one of the most famous buildings and institutions in England
New£34.99
5 in stock

Westminster Abbey - A Church in History by Mr David Cannadine

Westminster Abbey was one of the most powerful churches in Catholic Christendom before transforming into a Protestant icon of British national and imperial identity. Celebrating the 750th anniversary of the consecration of the current Abbey church building, this book features engaging essays by a group of distinguished scholars that focus on different, yet often overlapping, aspects of the Abbey's history: its architecture and monuments; its Catholic monks and Protestant clergy; its place in religious and political revolutions; its relationship to the monarchy and royal court; its estates and educational endeavors; its congregations; and its tourists. Clearly written and wide-ranging in scope, this generously illustrated volume is a fascinating exploration of Westminster Abbey's thousand-year history and its meaning, significance, and impact within society both in Britain and beyond.

"Sumptuously illustrated, as much a social and economic history as an architectural account of one of the greatest cathedrals of the world"-Paul Kennedy, Wall Street Journal
"As we would expect from Yale, the book is beautifully produced. The editor has largely succeeded in his aim of situating the Abbey both in the life of the Church and the history of the nation."-Richard Chartres, Church Times

David Cannadine is president of the British Academy and Dodge Professor of History at Princeton University.

NGR9781913107024
Westminster Abbey - A Church in History by Mr David Cannadine
Mr David Cannadine
New
Hardback
Paul Mellon Centre for Studies in British Art
2019-10-04
456
1913107027
9781913107024
N/A
Book picture is for illustrative purposes only, actual binding, cover or edition may vary.
This is a new book - be the first to read this copy. With untouched pages and a perfect binding, your brand new copy is ready to be opened for the first time.