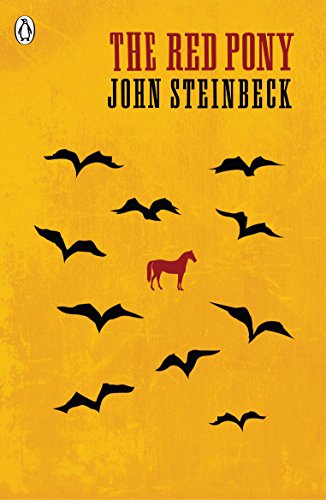 Masterful linked short stories by Nobel prizewinner John Steinbeck, author of The Grapes of Wrath. The Red Pony is one of The Originals from Penguin - iconic, outspoken, first.

Young Jody Tiflin lives on his father's California ranch. He is thrilled when his father gives him a red pony, and later promises him the colt of a bay mare. Both these gifts bring joy to Jodi's life - but tragedy soon follows. As Jodi begins to learn the harsh lessons of life and death, he starts to understand what growing-up and becoming an adult really means.

There is no more impressive writer on either side of the Atlantic * Time and Tide *
John Steinbeck (1902-68) is remembered as one of the greatest and best-loved American writers of the twentieth century. During the 1930s, his works included The Red Pony, Pastures of Heaven, Tortilla Flat, In Dubious Battle, and Of Mice and Men. The Grapes of Wrath, published in 1939, earned him a Pulitzer Prize. In 1962, he was awarded the Nobel Prize for Literature.
GOR008379764
9780141368962
0141368969
The Red Pony by Mr John Steinbeck
Mr John Steinbeck
The Originals
Used - Very Good
Paperback
Penguin Random House Children's UK
2016-08-04
144
N/A
Book picture is for illustrative purposes only, actual binding, cover or edition may vary.
This is a used book - there is no escaping the fact it has been read by someone else and it will show signs of wear and previous use. Overall we expect it to be in very good condition, but if you are not entirely satisfied please get in touch with us
Trustpilot