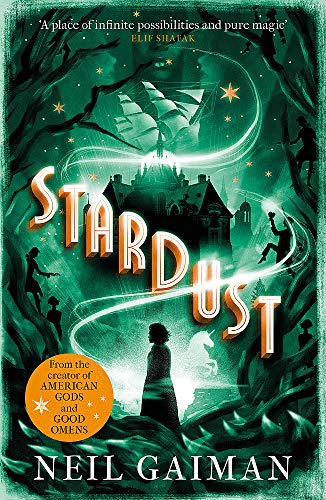 Stardust is an enchanting and enthralling novel from Sunday Times bestseller and master storyteller Neil Gaiman. 'Charming in every sense of the word, and deeply satisfying' (Time Out), it will delight fans of Terry Pratchett and J.R.R. Tolkien's The Hobbit, as well as those who loved the feature film starring Robert De Niro, Claire Danes, Rupert Everett and Michelle Pfeiffer among others.

Life moves at a leisurely pace in the tiny town of Wall - named after the imposing stone barrier which separates the town from a grassy meadow. Here, young Tristran Thorn has lost his heart to the beautiful Victoria Forester and for the coveted prize of her hand, Tristran vows to retrieve a fallen star and deliver it to his beloved. It is an oath that sends him over the ancient wall and into a world that is dangerous and strange beyond imagining . . .

In prose that dances and dazzles, Gaiman describes the indescribable: the eerie colours, ravishing scents and dangerous laughter of Faerie * Susanna Clarke *
A new fairy tale about a young man's hunt for his heart's desire, told in clear, rolling prose * Guardian *

GOR001275357
Stardust by Neil Gaiman
Neil Gaiman
Used - Very Good
Paperback
Headline Publishing Group
2004-08-16
224
0755322827
9780755322824
N/A
Book picture is for illustrative purposes only, actual binding, cover or edition may vary.
This is a used book - there is no escaping the fact it has been read by someone else and it will show signs of wear and previous use. Overall we expect it to be in very good condition, but if you are not entirely satisfied please get in touch with us.