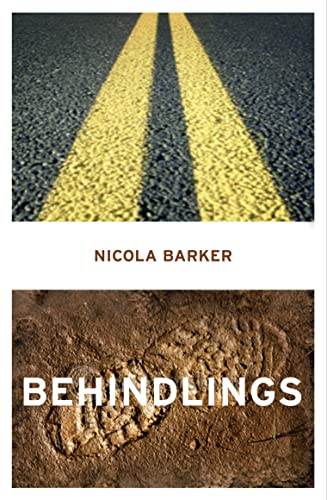 A brilliantly funny novel from one of our most unconventional literary talents, Nicola Barker.

A brilliantly funny novel from one of our most unconventional literary talents, Nicola Barker.

Wesley prefers not to follow. He thinks that to follow anything too assiduously is a sign of weakness. Wesley is a prankster, a maverick, a charismatic manipulator, an accidental murderer who longs to live his life anonymously. But he can't. It is his awful destiny to be hotly pursued - secretly stalked, obsessively hunted - by a disparate group of oddballs he calls The Behindlings. Their motivations? Love, boredom, hatred, revenge.

`Marvellously inventive, a cornucopia of cornucopias all the way to its brilliant non-ending - its refusal to end. It is a new kind of book, and an intense kind of joy.' Ali Smith, TLS

`Compelling. Barker's narrative draws us in with the disturbing, surreal touch of a latter-day Lewis Carroll.' Michelene Wandor, Sunday Times

`Insanely inventive. Her vision of a marginal Britain populated by drifters and desperados is fired by a comic energy that dances on the edge of self-combustion.' Alex Clark, Guardian

`Barker's eccentrics are the stuff of pure farce. And they allow her to reinvent, joyously, the cogs, gears and mechanics of the genre. She knows, as Wodehouse also knew, how to rev up the language, do baroque variations on a phrase, even break into a kind of poetry. Sheer wit and energy make "Behindlings" an excellent candidate for a cult novel - and not just a very good novel about a cult.' Michael Pye, New York Times

GOR001177871
Behindlings by Nicola Barker
Nicola Barker
Used - Very Good
Paperback
HarperCollins Publishers
2003-06-02
544
0007135262
9780007135264
N/A
Book picture is for illustrative purposes only, actual binding, cover or edition may vary.
This is a used book - there is no escaping the fact it has been read by someone else and it will show signs of wear and previous use. Overall we expect it to be in very good condition, but if you are not entirely satisfied please get in touch with us.