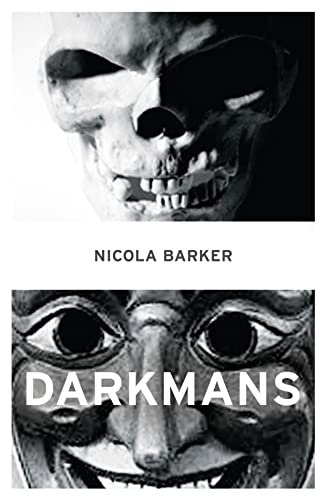 Shortlisted for the 2007 Man Booker Prize, an epic novel of startling originality which confirms Nicola Barker as one of Britain's most exciting literary talents.

Shortlisted for the 2007 Man Booker Prize, an epic novel of startling originality which confirms Nicola Barker as one of Britain's most exciting literary talents.

If history is a sick joke which keeps on repeating, then who keeps on telling it? Could it be John Scogin, Edward IV's jester, whose favourite skit was to burn people alive? Or could it be Andrew Boarde, physician to Henry VIII, who wrote John Scogin's biography? Or could it be a Kurd called Gaffar whose days are blighted by an unspeakable terror of salad? Or a beautiful bulimic with brittle bones? Or a man who guards Beckley Woods with a Samurai sword and a pregnant terrier?

Darkmans is a very modern book, set in ridiculously modern Ashford, about two old-fashioned subjects: love and jealousy. And the main character? The past, creeping up on the present and whispering something quite dark into its ear.

`The writing is often hilarious. Barker carves up the suburban dinner party savagely, and anatomises the dodgiest builder on Earth...Nicola Barker's writing is hugely attractive, because it conjures images and ideas from a tremendous wealth of inspiration. It is the product of a powerful, sprawling imagination' Daily Telegraph

'When a new novel by Nicola Barker arrives, there is a host of reasons to break into a smile. Chief among them is that she is one of the most exhilarating, audacious and, for want of a better word, ballsy writers of her generation. And, in a publishing terrain that often inhibits ambition and promotes homogeneity, there is nobody writing quite like her' Observer

`A visionary epic' Sam Leith, in the Spectator `Books of the Year'

GOR010151113
Darkmans by Nicola Barker
Nicola Barker
Used - Like New
Paperback
HarperCollins Publishers
2008-03-03
848
0007193637
9780007193639
Short-listed for Ondaatje Prize 2008 Short-listed for Man Booker Prize for Fiction 2007
Book picture is for illustrative purposes only, actual binding, cover or edition may vary.
The book has been read, but looks new. The book cover has no visible wear, and the dust jacket is included if applicable. No missing or damaged pages, no tears, possible very minimal creasing, no underlining or highlighting of text, and no writing in the margins.