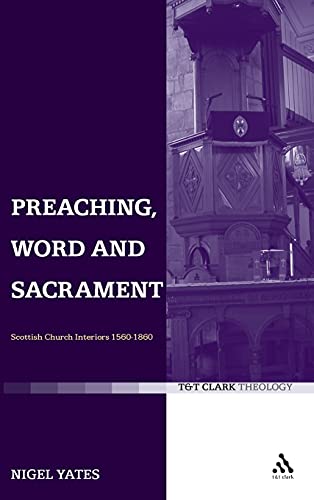 In Stock
£20.99
A study of Scottish post-Reformation church interiors for fifty years. It describes the developments in the Presbyterian churches which are set in the context of comparative developments in other parts of Britain and Europe, especially those in the Reformed churches of the Netherlands and Switzerland.
Very Good
Only 1 left

This is the first detailed study of Scottish post-Reformation church interiors for fifty years. This study follows on from Yate's standard work "Buildings, Faith and Worship: The Liturgical Arrangement of Anglican Churches 1600-1900" (OUP 1991, revised edition 2000) and "Liturgical Space" in Western Europe since the Reformation (Ashgate, 2008) to provide the first detailed study of Scottish post-Reformation church interiors for fifty years.In the intervening period many of the buildings described by George Hay have been demolished, converted to non-ecclesiastical use or liturgically reordered. However, this study goes further to include many surviving examples not noted by Hay, and extends his work further into the nineteenth century, with a detailed study of buildings up to 1860, and with a more general consideration of later nineteenth and early twentieth century church architecture in Scotland. The detailed study of developments in Scotland, especially those in the Presbyterian churches, are set in the context of comparative developments in other parts of Britain and Europe, especially those in the Reformed churches of the Netherlands and Switzerland to create a groundbreaking new study by an established author.

'In this attractively illustrated volume, Professor Yates, a distinguished historian of modern British and Irish religious history, explores the neglected theme of Scottish church interiors as expressions of Scottish Christian worship and devotion between the Reformation and the nineteenth-century liturgical revival. Based on both an impressive command of Scottish religious history and an extensive study of surviving pre-1860 church interiors, the book considers worship in the different denominations that have shaped Scotland's Christianity. It demonstrates that post-Reformation Scottish traditions of public worship, especially among the Presbyterian churches, were far richer and more diverse than many have believed. This is the first study of Scottish church interiors and worship since the path-breaking work of George Hay in the 1950s, and it will be warmly welcomed by all with an interest in Scottish religion and culture.'

GOR008601665
Preaching, Word and Sacrament: Scottish Church Interiors 1560-1860 by Nigel Yates
Nigel Yates
Used - Very Good
Hardback
Bloomsbury Publishing PLC
2009-02-12
208
0567031411
9780567031419
N/A
Book picture is for illustrative purposes only, actual binding, cover or edition may vary.
This is a used book - there is no escaping the fact it has been read by someone else and it will show signs of wear and previous use. Overall we expect it to be in very good condition, but if you are not entirely satisfied please get in touch with us.