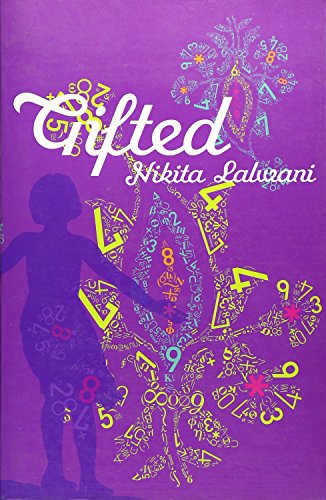 Rumi Vashey is ten years, two months, thirteen days, two hours, forty-two minutes and six seconds old. The probability of her walking home from school with John Kemble is 0.2142, a probability severely reduced by the lacy frock and thick woollen tights she is forced to wear by her father. For Rumi is a gifted child and, as her father sees it, discipline is everything if the family is to have any hope of making its mark on its adoptive country. But Rumi is growing up and numbers no longer occupy her every waking moment: she abandons her homework to seek out friendship and replaces equations with stories from Malory Towers. And, as the pressure at home intensifies, so too does Rumi's desire for love.

Nikita Lalwani's debut captures brilliantly the battle to come of age in an emotional and comic hinterland, where history, arithmetic and cumin seeds all play a part.

Nikita Lalwani was born in Kota, Rajasthan in 1973 and raised in Cardiff. After several years of directing factual television and documentaries at the BBC, she has returned to writing fiction. Gifted is her first novel. She lives in London.

GOR001117678
Gifted by Nikita Lalwani
Nikita Lalwani
Used - Very Good
Paperback
Penguin Books Ltd
2007-06-28
288
0670917133
9780670917136
Winner of Desmond Elliott Prize 2008 Short-listed for Sunday Times Young Writer of the Year Award 2008 Short-listed for Costa First Novel Award 2007
Book picture is for illustrative purposes only, actual binding, cover or edition may vary.
This is a used book - there is no escaping the fact it has been read by someone else and it will show signs of wear and previous use. Overall we expect it to be in very good condition, but if you are not entirely satisfied please get in touch with us.