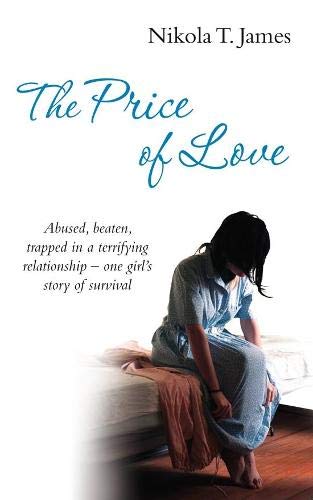 The powerful true story of a girl who survived horrific abuse at the hands of a cold-blooded monster and who found the strength to escape and turn her life around.

The Price of Love is the heart-rending story of a young girl who, against all the odds, survived terrifying abuse with her spirit intact. Nikola was sexually assaulted and raped as a girl, her disturbed behaviour and emotional cries for help ignored by the adults around her. Her self esteem at rock bottom, she fell prey to a frightening stranger, a man who would turn her life into a living nightmare. He was handsome and charming and she was too young to see the warning signs. She married him while in her teens. The abuse started on the first night of their honeymoon. Over the next few years she was kept a prisoner, sexually abused, subject to horrific beatings, tormented by her husband who insisted he was only doing this because he loved her. And again, those who should have helped her refused to believe that she was telling the truth.

When her husband told her, with a chilling lack of emotion, that he was going to kill her Nikola found the courage to run away and fight to be free of him. Eventually she turned her life around, and today works as a therapist helping others. Written without self-pity, this is a compelling and ultimately inspiring book.

Nikola T. James is a hypnotherapist and counsellor. She has organised and taught workshops on domestic violence, sexual abuse, anger management, and drug and alcohol abuse. She is the author of her memoir, The Price of Love.
GOR000956761
9780283070488
028307048X
The Price of Love by Nikola T. James
Nikola T. James
Used - Very Good
Hardback
Pan Macmillan
2007-02-02
224
N/A
Book picture is for illustrative purposes only, actual binding, cover or edition may vary.
This is a used book - there is no escaping the fact it has been read by someone else and it will show signs of wear and previous use. Overall we expect it to be in very good condition, but if you are not entirely satisfied please get in touch with us
Trustpilot