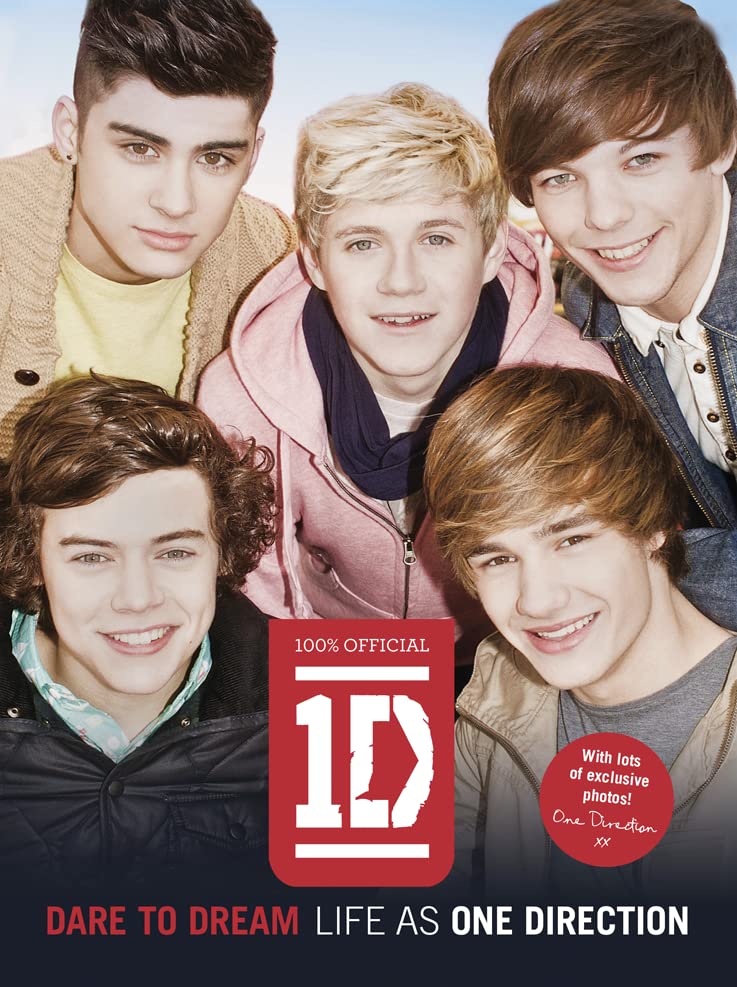 Dare to Dream
by One Direction

Join the UK's hottest new boyband on their rollercoaster ride to superstardom, with the follow-up to the Number 1 bestselling book One Direction: Forever Young: Our Official X Factor Story.

Join the UK's hottest new boyband on their rollercoaster ride to superstardom, with the follow-up to the Number 1 bestselling book One Direction: Forever Young: Our Official X Factor Story.

In 2010 they were just five normal boys, who didn't even know each other, dreaming of being up on stage, with fans screaming their names... so much has happened for One Direction since then!

Following their huge success on The X Factor, and the hysteria they caused wherever they went on The X Factor tour, One Direction are quickly becoming the UK's biggest boyband, and the pop act that everyone wants to meet. And this is just the beginning...

After storming the UK charts in 2011, 2012 looks set to be the year One Direction go global!

Here, in their own official book, Harry, Niall, Zayn, Liam and Louis each tell the story of their amazing journeys in full - from teen hopefuls auditioning for The X Factor to pop superstars in the making, and now to living their dreams out. And the boys are so grateful to their fans for getting them there, they want to give you all an exclusive peek inside their world...

Stunningly designed and jam packed full of exclusive unseen photos of the band on and off stage, plus private captured moments, the incredible story of One Direction's rise to fame is a must-have for any true fan.

One Direction are: Liam Payne, 20, Harry Styles, 19, Louis Tomlinson, 21, Niall Horan, 20, and Zayn Malik, 20. The band were formed in The X Factor's Bootcamp stage in 2010, and left the competition in its final round. They went on to break several records, top the charts internationally, and sell over 20 million records worldwide.

GOR004691162
Dare to Dream: Life as One Direction (100% official) by One Direction
One Direction
Used - Very Good
Paperback
HarperCollins Publishers
2012-05-01
288
0007488696
9780007488698
N/A
Book picture is for illustrative purposes only, actual binding, cover or edition may vary.
This is a used book - there is no escaping the fact it has been read by someone else and it will show signs of wear and previous use. Overall we expect it to be in very good condition, but if you are not entirely satisfied please get in touch with us.