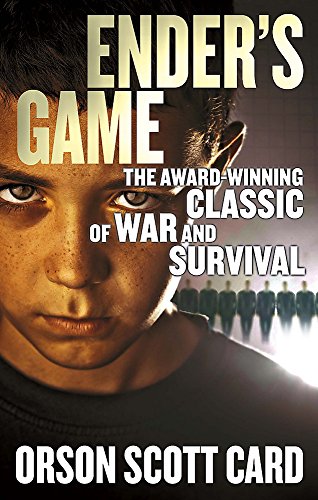 'Delivers more than almost anything else within the science fiction genre, Ender's Game is a contemporary classic' - New York Times

An alien threat is on the horizon, ready to strike. And if humanity is to be defended, the government must create the greatest military commander in history.

The brilliant young Ender Wiggin is their last hope. But first he must survive the rigours of a brutal military training program - to prove that he can be the leader of all leaders.

A saviour for mankind must be produced, through whatever means possible. But are they creating a hero or a monster?

Orson Scott Card is the award-winning author of the novels ENDER'S GAME, ENDER'S SHADOW and SPEAKER FOR THE DEAD, which are widely read by both adults and younger readers. He lives in Greensboro, North Carolina, with his wife and three children.